Windows? We Don't Need No Stinkin' Windows at the Garden Inn.

This is where it all begins, on the north side of East Wacker, between Michigan and Wabash.  When Harry Weese's 17th Church of Christ Scientist was constructed in 1958, it left behind this 4,800-square-foot pit of back-alley grunge between the church and the 1929 Chicago Motor Club Building to the east.  And there it's stood, gathering dust ever since, for over half a century.  Too small, it seems, to gain any developer's notice. 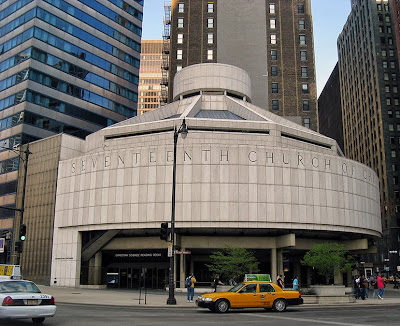 Back in 2006, there was speculation that a developer was talking with 17th Church to sell their property so it could be combined with the empty lot to form a viably-sized parcel.  Thankfully, that didn't happen.  The pit endured.  Until now.

On Tuesday, Curbed Chicago, picking up on a discovery of construction documents made by the Skyscraper Page, unveiled a rendering of a new 27 story hotel to be shoehorned into the pit by Rhode Island hotel developer Magna Hospital Group, which had purchased the site for $5 million in 2012. 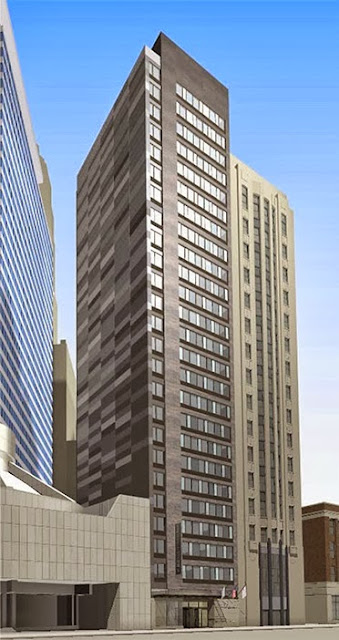 It's to be a Michigan Avenue outpost of the Hilton Garden Inn, and while that name may suggest a design evoking “rustic lodgings in a sylvan landscape”, the actual inspiration, judged by the Hilton Garden Inn in River North, seems more “multi-story detention facility.” 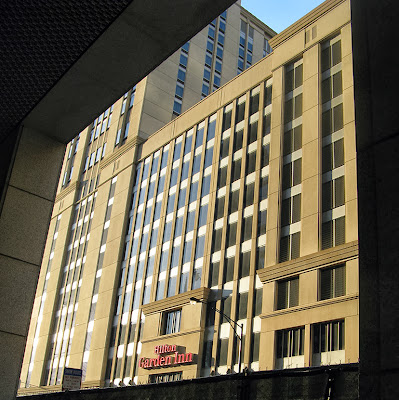 You could make the argument that the design for the new Hilton Garden Inn, by GREC Architects,  is a step up, but it would be something of a stretch.  This is a very Manhattan-like building, scrunched on a small site along a narrow street that's becoming something of a vertical canyon, even more if Sterling Bay replaces the four-story building at 300 North Michigan, just east of the Motor Club, with another tower.

Since it's being built flush to the Motor Club building, the Hilton Garden Inn's long east wall will not only be devoid of windows, but it will seal up all the windows on the Motor Club's west wall, making that property's announced development as still another hotel more problematic.

Strangely, the long western wall of the Garden Inn design, although completely exposed once it gets above the 17th Church next door, is also windowless.  It's a puzzler.  Are the developers anticipating that at some point 17th Church will no longer be able to resist temptation, and will sell off the building for the construction of still another high-rise? 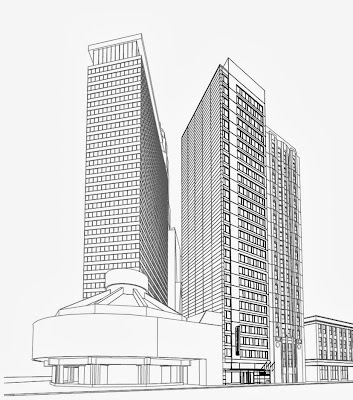 Skyscraper Page actually found a link to the detailed construction documents on the W.E. O'Neil website.  It's pretty interesting reading if you're into such things, including the specs for all the furnishings - everything from chairs and chandeliers to faux lemons. 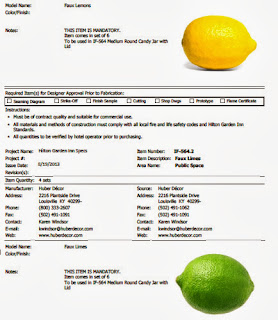 If only the specs for the design of the building had such rigorous expectations. 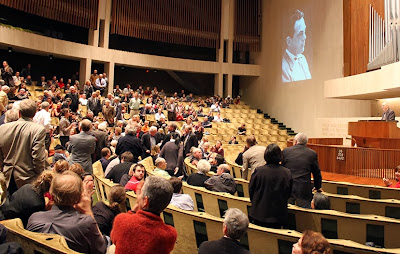 Has the Chicago Motor Club Finally Found a Future?

Commission on Chicago Landmarks Official Designation Report: fantastic overview of the Chicago Motor Club's history, the history of the building and much more - richly illustrated. 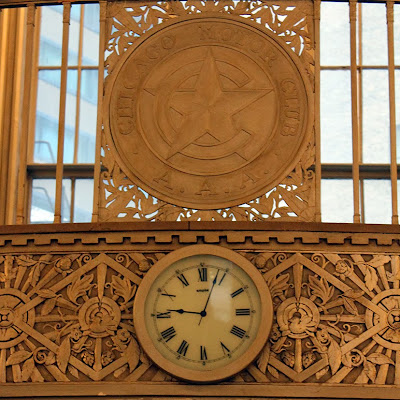 Inside the Chicago Motor Club (from 2011) 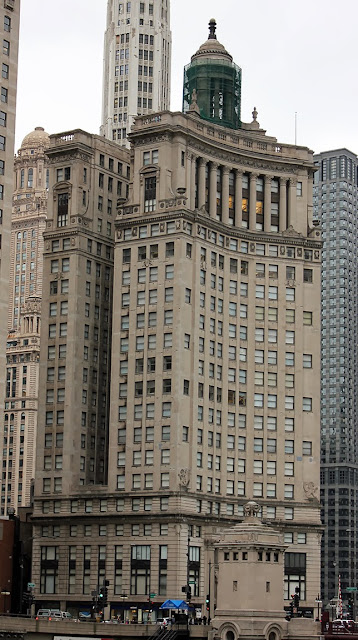