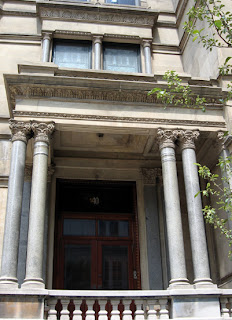 in Prague is worth all of Dubai, visually.” It's an observation that, knowing Dubai only through pictures, I might be inclined to agree with, but to call modern architecture "homogenized" is statement more of inattention than judgement. Bad architecture is homogenized, but to say work as radically different as Helmut Jahn, to Rem Koolhaas, Zaha Hadid and Peter Zumthor is all the same means you're not even looking. The article is accompanied by a slidehow of striking photographs by William Zabaren of the interiors of Driehaus's townhouse, which includes panels painted by Joseph Urban rescued from the ornate, but decidedly modernist Ziegfeld Theater. The Nickerson Mansion, pictured here, has been purchased to display Driehaus's art collection, and while it's official opening keeps getting delayed, initial accounts indicate the restoration of the 1883 house is nothing short of spectacular. 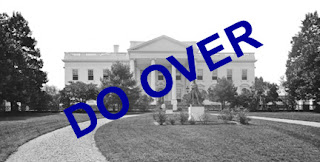 Hoban," according to New York's Storefront for Art and Architecture "was the result of a competition held in 1792 . . . What if, instead of in 1792, that competition were to be held today?" Beginning March 1, the Storefront will begin accepting "renderings, collages, sketches, descriptions, poems, movies, animations, photographs or just about anything else" for a new competition to design the Presidential mansion. Registration fee is $20.00. Deadline for submissions is April 20th, with the announcement of winners in May - $5,000 first prize, $3,000 second, $1,500 third. Check it all out here.

AT&T Wants to Be Your Big Brother - Slate Magazine's Tim Wu's discusses AT&T's shilling for deploying new technologies towards "scanning every e-mail and download for outlawed content." He picks up on a New York Times posting by Brad Stone on a panel at this month's Consumer Electronics Show where AT&T talked about getting into bed with the R.I.A.A. and M.P.A.A. to filter every packet crossing the internet to ferret out copyrighted content. No matter that you're the one paying the bills the fill AT&T's coffers, they much rather treat you as a potential criminal, guilty until proven innocent.