Chloë McCulloch of Britain's Building Magazine has an article on the general awfulness of architectural firm websites, part of a survey of the best websites, 25 of which were disqualified for the crime of using Flash (talk about strict). McCulloch also points readers to "Three sites we like." 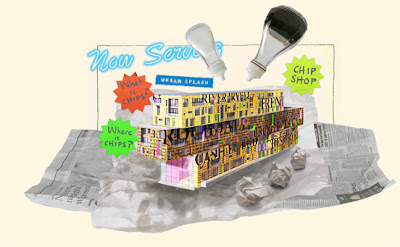 The third is one of the most amazing real estate sites I've ever seen. It's a microsite, designed by mN Magnetic North, for the Chips condo product in lovely downtown Manchester, by architect Will Alsop, who becomes an animated presence on its pages.

This site mixmasters idealism, marketing and whimsy into a delightful, loopy delirium. It begins with a animation (Flash!) that unwraps the building from a wrapper of newsprint, as if it were a Pub luncheon. The fish is nowhere to be seen, but the building itself becomes the chips, bring sprinkled with salt and malt vinegar. Click 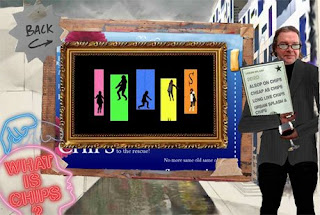 past it, and you enter a world where Alsop, wine glass in hand, becomes your maitre d', carrying a menu of click-through choices, which display in a central frame whose scroll bar is also a chip.

Chips is built on a former brownfield site, the inaugural entry in an ambitious master plan. Alsop has angled the building's three rectangular blocks to sculpt the structure in an arresting way. An architectural Pillow Book, the facades are covered with rainscreens with type, in various sizes, inscribing the names of ports with which Manchester once traded.

The website for developer Urban Splash's project proclaims Manchester the "capital of the planet supercool." The pitch is a mix of Donald Trump, Steve Jobs, and Mother Jones:

We want a mix in Chips; no ghetto, no charity, just a new way of living together. So out of the 142 flats in Chips, 50 will be sold to key workers and first time buyers.

Chips has an outside. Nearly half of New Islington is open space or water. Fingers of canals on both sides where the traffic-jammed streets should be. A Real park next to the retail park.

Abraham Lincoln was wrong: you can please all the people all the time.

Developers, the existing residents, the fish, the planners, and tomorrow's residents. Everyone has a share. This is New Islington.

This is Every Street. You and me.

Chips is Will Alsop's first residential development in the UK, and we are delivering it. 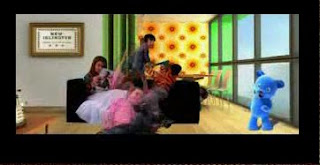 can be part of every development. It's something we believe in. And after the mistakes of the 60's, 70's, and 80's, we need that belief.

We're more than just a property developer. There's no formula at Urban Splash, no pattern book or celebrity designers(?!). It's about amazing architecture and appropriate, innovative development, without pretence. About buildings that are used and loved.

Be sure not to miss the promo film off the What is Chips? section, which takes the project from chips on a little 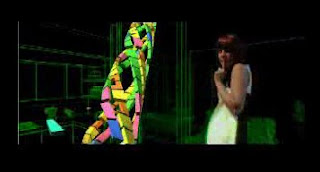 boys plate, to the three extruded vertical sections of the building. Later on, still another visual metaphor starts off with the different unit types color-coded as elements on strands of DNA that are then straightened, chopped, and stacked to get to the final building.

You also get introduced to some of your potential neighbors, who are a bit like the apartment building residents in Wings of Desire, if they had been in color and on acid. Saul Bass, Yellow Submarine, vintage 60's marketing films - they're all in there.

You feel exhausted and giddy by the time you get to the end. Could any mere building, even one by Will Alsop, be as much of a trip as this website? Would any Chicago developer take a chance on something so brazenly creative that it trumpets its project with the claim, "It's got balls!" Most importantly, would it move units? Check out this remarkable site here.

What a fantastic web site. I'd move in a heartbeat. I really like the interplay between textual rendition and animation. I especially like it that the viewer decides how much of each she wants to view. It is, by far, the most interesting and exciting real estate site that I've seen and the best flash animation site I've seen, too.
I truly hate sites that launch into media content without giving me a choice to by-pass the non-sense. Although, I think there's only so much chips I can eat at one time with a little malt or would that be smaltz?