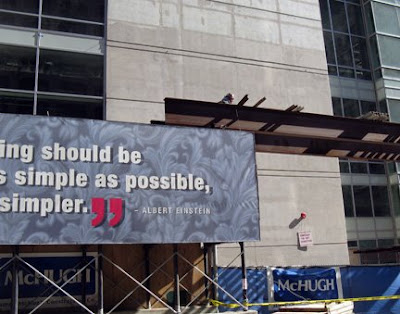 It's not just the leaves that are being shed now that we're in late October. On some high-profile sites, including Block 37, new buildings are at long last emerging from their scaffolding cocoons.

The scaffolds that darkened the sidewalks around the Hotel Wit construction site at State and Lake, made only partially less ugly by the quotations from Daniel Burnham and Albert Einstein, finally came down this week. 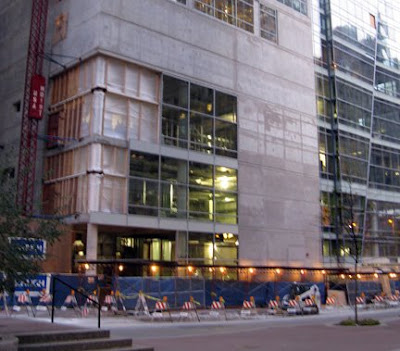 And the scaffolding with the high, reed thin red metallic verticals that upstaged the huge round columns of Trump Tower's grand entrance, thin white roof that obscured the giant metal trellis, and massive wood frontispiece proclaiming - lest there had been any confusion - "Trump" in giant letters, also underwent deconstruction this week. 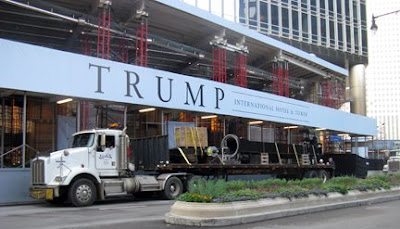 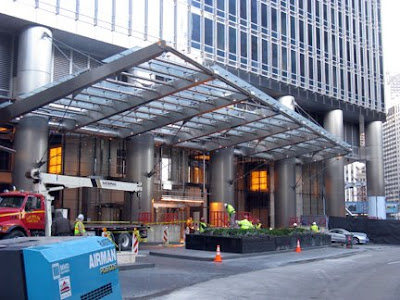 Slowly, as projects like these come to completion, with the tanking economy making new iterations, at least for the time being, increasingly unlikely, Chicago's sidewalks are thankfully emerging from their scaffold caverns and possession shifted from construction crews back to the people.