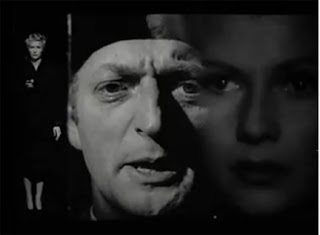 mysterious. Just think of Marlene Dietrich in von Sternberg's Shanghai Express, or an Orson Welles film noir, set in San Francisco, gaining another layer of meaning just through the naming of blond (another inversion) Rita Hayworth's Lady from Shanghai. Nor are Chinese filmmakers immune to the attraction of the city's mingling of China and Europe, underworld and high society, as in Zhang Yimou's 1995 film Shanghai Triad, with Baotian Li as a mob boss equal to Eddie G., and his main squeeze Gong Li (ummmmmm, Gong Li).

Of course, there's lot more to Shanghai - celluloid and otherwise - than my own rather warped take on it, and you'll get, I'm sure, a much more balanced and nuanced take this evening, October 22nd from 5:30 to 7:00 in the John Buck lecture hall at the Chicago Architecture Foundation, 224 South Michigan, when WBEZ film critic Jonathan Miller takes you on a journey to Shanghai on Film, with "selected clips from classic and contemporary films . . . [to] explore how Shanghai has been depicted, what its image has meant and how it is presently changing." (I'm also betting Jonathan's got a far more inclusive, germane and compelling selection of films than those I've chosen here.) It's part of the program scheduled in conjunction with CAF's great new Shanghai Transforming exhibition, which you'll also be able to check out on the walls of the John Buck auditorium.