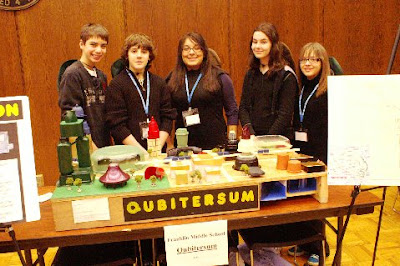 Architecture, engineering and planning, not to mention considerations of the built environment around them, are far from the radar of most of today's young students. As Bruce Mau Design EVP Elva Rubio reminded us in a recent talk with Blair Kamin, the time is long gone when they used to pass out to all Chicago public school students the 1920 Charles Wacker Manual promoting the vision of Daniel Burnham's 1909 Plan of Chicago.

Swimming against this void is the Chicago Architecture Foundation's Richard Newhouse Program, now in its 26th year, which continues to encourage thousands of Chicago high school students to develop their interest in architecture, culminating in a usually too-short exhibition of their very accomplished work in May.

Then there's the Future City Competion, held in conjunction with National Engineers Week, which starts 'em off even younger, enlisting teams of 7th and graders and partnering them with an engineer mentor. Over 30,000 students from 1,000 schools nationwide participated in 2008. Teams are again using SimCity to create visionary cities to address this year's theme, "Creating a Self Sufficient System Within the home Which Conserves, Recycles and Reuses Existing Water Sources." 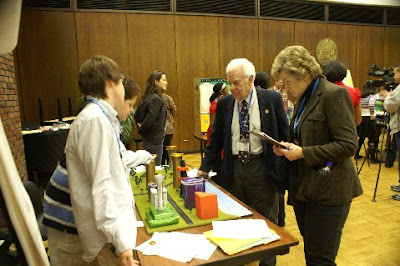 Regional judging of teams from over 30 area schools participating in the Chicago leg of the competition will be held this coming Saturday, January 24th, at UIC, beginning at 8:30 a.m. and ending at 2:30 p.m.. The student teams' models will be on display throughout the day up through the 3:00 p.m. awards ceremony. Members of the winning team will receive prizes, trophies and gifts, and get to move on to the finals, held in Washington, D.C. during National Engineer's Week, February 15-21. The grand prize winning team earns a week at Space Camp, where they will released into a weightlessness simulator and read the work of Bruno Zevi. (oh, wait, that may be some other Space Camp.)

This Saturday's event takes place at the UIC Student Center East, 750 South Halsted. There's no admission charge, and the public is encouraged to attend to see what will undoubtedly, if past history is any guide, thoughtfully considered and highly imaginative submissions from area students. 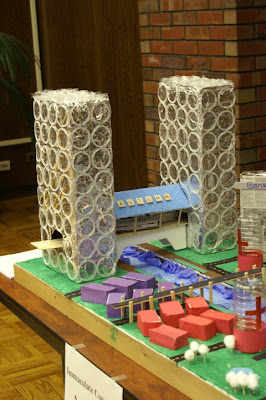