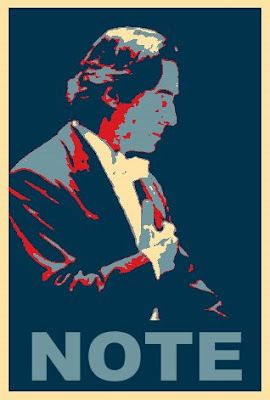 The indispensable Opera Chic has a post on her blog, from which we cribbed the above image, translating large chunks of an interview the Chicago Symphony Orchestra's new music director Riccardo Muti recently gave to the Milan daily Corriere della Sera. (if you don't speak Italian, and want to be reminded of the limits of technology, you can check out the Google Translate English language version of the story here.)

One of the greatest experiences of my life was Carlo Maria Giulini's CSO performance of the Bruckner Eighth, which left me wandering up and down Michigan in a daze for hours afterward. From the accounts of the reviewers, Muti's performance of the Verdi Requiem with the CSO last week seems to have had a similar effect on many in audience. Christopher Caldwell notwithstanding, the impact of a great work of art can never be fully realized in reproduction, but those of us who didn't make it into Symphony Center will have a second chance with the CSO's issue of a recording of the performance on its in-house Resound label later this year.

"I have known two Americas," Muti says in an interview given from his 44th floor apartment overlooking Lake Michigan. "The America I encountered when I took helm of the Philadelphia Orchestra when I was 39 years old: the old glorious America where the American flag was born, the city of Liberty Bell. Chicago is the city of the future, even in its architecture. It's like a Ferrari. Here you find Polish communities, Italians, Greeks, Mexicans: that's why the orchestra is so lively. These days the city is waiting for Obama."

Muti talks of Obama's idea of creating an American Ministry of Culture, and contrasts Europe, where cultural is heavily subsidized by government, to America "where everything is in the hands of private individuals," which he somewhat naively describes of not getting involved in programming or artistic matters.

Tell that to poor Benvenuto Cellini, the subject of Berlioz's luckness opera of the same name, which got bounced from Lyric Opera for the Pirates of Penzance during the shaky economy of 2003, and just got cancelled still again at the Met in New York, which is facing a $40,000,000 deficit next season. I imagine it's no different with the artistic bureaucracies of Europe: no matter what the system, it's always a battle to move beyond the tried and true.

It will be interesting to contrast Muti's programming in Chicago with that of Alan Gilbert, the incoming music director of the New York Philharmonic. At first glance, Gilbert's concerts for his inaugural 09/10 season (projected deficit: $3 million), which includes a new music festival and a semi-staged performance of Ligeti's opera Le Grande Macabre, seems to be setting a high standard to match. The CSO has yet to announce the details for nextl season, but there's some hope in the fact that this week's concerts bring the Chicago premiere, only weeks after its first performance in L.A., of Arvo Pärt's Fourth Symphony.

The future of CSO and Lyric and every cultural institution in Chicago and across the nation sits on the knife edge of the economic meltdown. Will it cut? Will it kill?

As we wonder how bad it can get, how long it will last, how badly we, ourselves, and our loved ones will be hurt, it is art, the imperiled "impractical", that gives us the sense of an enduring presence that transcends the sometimes deep sloughs of despair. Muti sees Obama and the CSO as partners in the audacity of hope. "America wants to be loved again," says Muti, "and I consider the musicians of the Chicago Symphony Orchestra. . . as ambassadors of this new hope. Despite the fog over the lake, to me this looks like Spring".

At 10:00 p.m. this evening, Monday, January 19th, WFMT will broadcast critic Andrew Patner's conversation with Riccardo Muti. Soon thereafter, the interview should be posted as a podcast on Andrew's Critical Thinking podsite.

One nice thing about Chicago - we've got the Chicago Opera Theater producing absolutely first rate productions of many works we'd never see at the Lyric - and on a pretty small budget. We're fortunate to have groups like this.