It's never too late, apparently, to expand this month's calendar of architectural events in

Tomorrow, March 20th at 3;oo p.m. at Columbia College, the Grant Park Advisory Council will be co-sponsoring a screening of A Chemical Reaction, a documentary about the elimination of lawn pesticides beginning in one Canadian community. This Wednesday, March 24th, at 6:00 p.m, at Conaway Center at Columbia College, the National Public Housing Museum will be sponsoring a

panel discussion on the life of Ida B. Wells with journalists Clarence Page, Barbara Reynolds, David Protess, Thandi Chimurenga and Megan Cottrell. It's the first of a series of programs on some of the women after whom the Chicago projects 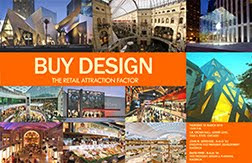 were named. Then on Thursday the 25th, at noon in the Lower Core of Crown Hall, at IIT, John M. Genovese and David Piper of the shopping center powerhouse Macerich will present a lecture, Buy Design, on the design of retail spaces.

Amazingly, there are still 20 events left in March, including David Hovey, Jr at IIT on 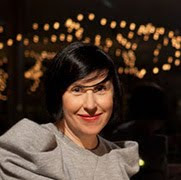 Monday, Kengo Kuma on Tuesday at 1:00, with Alice Rawsthorn in conversation with Zoë Ryan at Fullerton Hall for the Architecture and Design Society of the Art Institute at 6:00, the Park Avenue Armory's consulting curator Nina Gray at the Richard H. Driehaus Museum on Wednesday, the 24th, with Richard Cahan and Michael Williams talking

about their new book on Edgar Miller later that evening at the Glessner House Museum, Riddle Mies This, Mies's birthday party at Crown Hall on Thursday, the 25th, and Arthur Miller talking about his new book on Walter Frazier at a CAF lunchtime lecture on the 31st.

Check out all the great events still to come in March here.