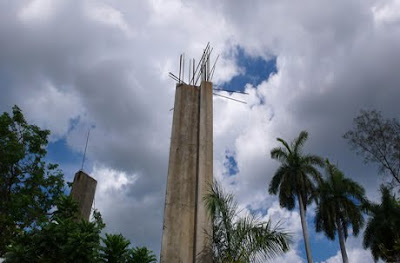 Even with only three day's left, it's still not too late to add an interesting event to the April calendar.

On Friday, April 30th, from 6:00 to 8:00 p.m., the Graham Foundation will be holding an opening reception for its new exhibition, Felipe Dulzaide: Utopía Posible, which will run through July 17th. There will be a talk by Dulzaides at 5:30 p.m.

The story is that in 1961 Fidel Castro and Che Guevara were playing golf at what was, under the old regime, the Havana County Club, when they hit upon the idea of using the site for a new national arts school. Italian architect Vittorio Garatti would design the School of Ballet and Music, Roberto Gottardi the School of Dramatic Art and Cuban architect Ricardo Porro, those for the Fine Arts and Modern Dance.

After four years of construction, and a shift in ideology, alliance and aesthetics to all things 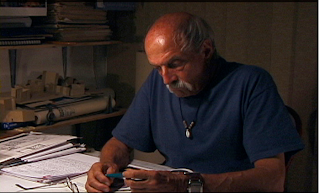 Soviet, the sensuous designs, using locally produced bricks and terra cotta and deploying Catalan vaults to creates and archways, were declared decadent. Although Porro's and Garatti's buildings were essentially complete, the project was halted, and the structures left to rot, to be trashed and looted, for four decades, before a new effort to restore and complete the complex began in 1999. In 2003, it was added to the Tentative List of UNESCO World Heritage sites. 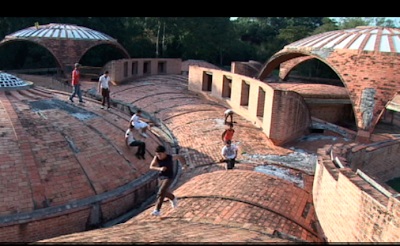 The history of this project continues to fascinate. Cuban artist Felip Dulzaides was born in the same year the National Arts School project was shut down, and his installation "addresses different aspects of a compelling story about the unfinished dramatic art school at the Instituto Superior de Arte in Havana whose architecture captures the Utopian ideals of the Cuban Revolution. "

The centerpiece of Utopía Posible focuses on Roberto Gottardi and his quest to finish the School of Dramatic Arts, a 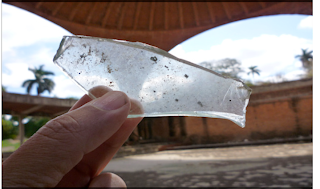 process that has taken more than 40 years and led him to develop four different schemes.

The exhibition also features two new video pieces: Next Time It Rains, about Garatti's School of Ballet, which was 90 percent complete in 1965 but never occupied and left to be overgrown by jungle; and Broken Glass, about Porro's School of Dance, the first building of the complex to be completed during initial construction. The School of Dance was modeled after the shape of a broken piece of glass, a metaphor for an emotional explosion and the sense of fragility that characterized the revolution in its earliest stages. Together, these works contribute another dimension to this unique story of intense creativity, experimental architecture, and politics.

(all images courtesy The Graham Foundation)