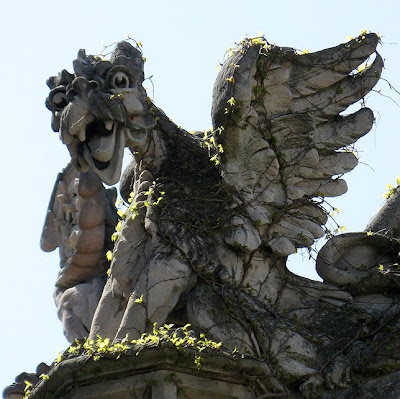 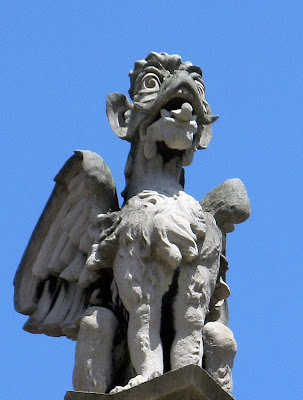 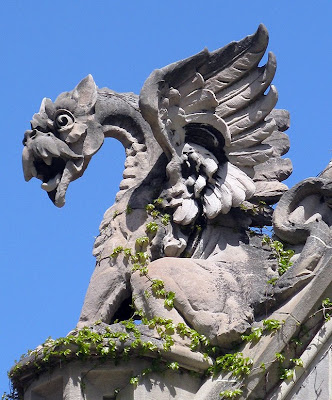 Some of the residents of the gate for the Hull Biological Laboratories, which Henry Ives Cobb donated to the University of Chicago shortly before he was dumped as campus architect. 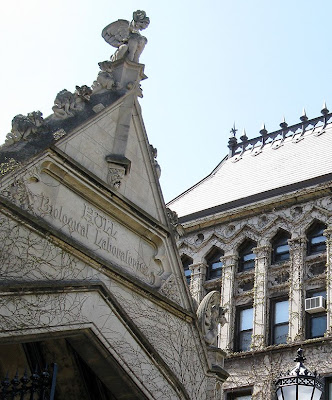 (click on the photos for a larger view)
The specimen depicted in the top photograph above shows the results of early attempts to use seaweed protoplasm to secure dental implants.

The middle photograph is a memento of a three-year program, initiated by students, to fully diagram molecular transmutations and the potential for replication arising out of French kissing, abruptly terminated by the administration after it was discovered that the instructor was not, as claimed, Dr. François P. McCarthy of the Sorbonne, but Fifi Dessay of the Trocadero Theater on south State Street.

The bottom photograph is a specimen from still another experiment studying the breakdown of complex organisms into prokaryotes through the cryogenic freezing of faculty members at the exact moment they learned they had been denied tenure.

And as for Henry Ives Cobb? In total dejection after his firing, the architect grew violent, and was discovered by police using a large kitchen knife to chop neighborhood chickens into little pieces. As his anger grew, his list of his victims expanded: pork bellies, tomatoes, eggs, avocado - several types of lettuce - until he inadvertently created the salad that would secure him a greater, more enduring fame than he would ever enjoy as an architect.
(Click on time for permalink) 10:01 PM

You are too funny this morning.

Very funny. But everyone knows that these figures are not in fact failed biology experiments but a selection of U of C's more comely graduate students.

Now that you mention it, I think I also saw some Chicago school economists in the mix.