Chicago had a little rain last night, but now that's all water under the bridge 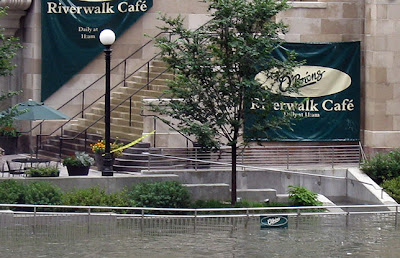 "There's nothing more soothing than the sound of a summer rain," I thought to myself falling asleep last night.  As someone once said, however, you can apparently have too much of a good thing.

By the time I awoke, up to eight inches of rain had fallen on the Chicago area, flooding expressways and underpasses, and swelling up the river in the Loop. 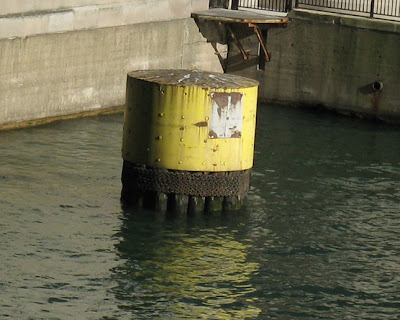 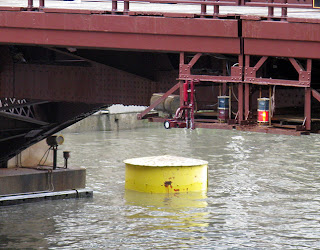 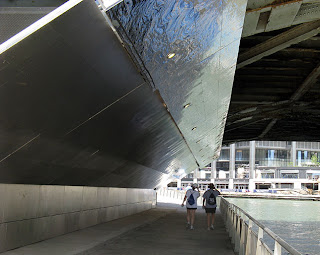 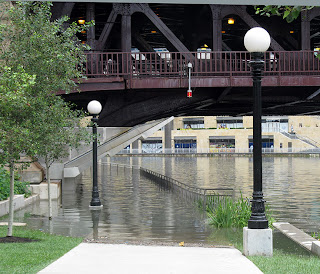 The skies have begun to clear, and the water level is subsiding, but more rain is expected later.  As you can see, the Chicago River appears to be flowing towards the lake rather than away from it, as is the norm.  Explain to me again, with rains like this becoming an annual event, how closing the locks to day-to-day traffic is going to keep the Asian Carp out? 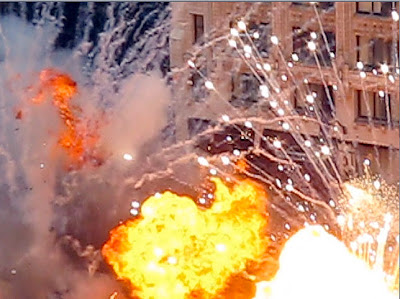 Local meteorologists have traced the source of the torrential downpour to the gods mistaking Michael Bay's explosions for the filming of Transformers3 as an impassioned prayer to end a drought.