Claremont Cottages - when the mass produced becomes a collectible 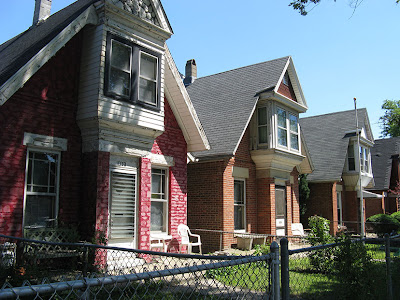 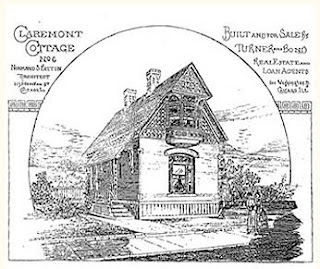 Still surviving on the 1000 block of South Claremont Avenue is a series of cottages built in the 188o's as a new housing development by Turner & Bond, designed in the Queen Anne style by  architect Cicero Hine, a protege of Lakeview High School architect Normand S. Patton.  According to research by Landmarks Illinois, from whom we've stolen borrowed the historic image you see here, the houses were marketed with a 16 page brochure, The Claremont Cottages in Seven Styles. 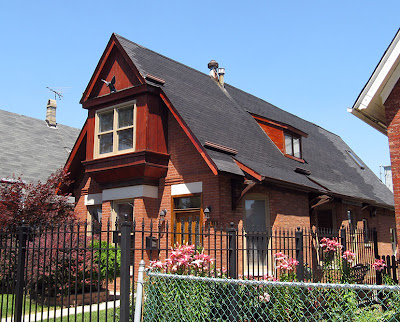 Originally, these were workingman's starter houses, as small as 600 square feet. Today, most have been expanded and handsomely renovated, and have been going for $200,000 and up, which probably would have bought you the entire street back in 1890.  Landmarks Illinois has been working to protect similar cottages on the 1300 blocks of Oakley, Heath and Claremont.  What was then tract housing by a developer looking to make a quick buck is, a century later, a cherished bit of civic character. 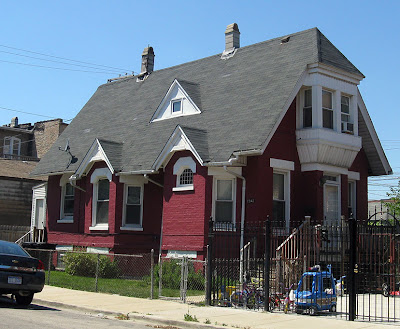