The stormy life and magical architecture of Harry Weese 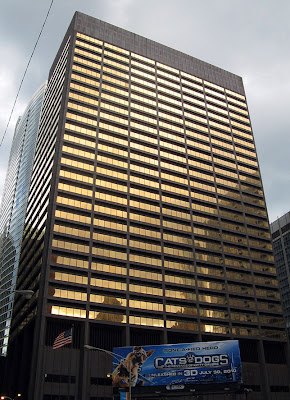 Sharoff, On the Life and Work of Chicago Architect Harry Weese,  chronicling the spectacular career and tragic final years of one of the city's most essential designers.  Weese's personality comes off as part Kahn, part Wright, part Le Corbu, with a bit of Richard Corey thrown in for good message.  It's a great read.  (And the July issue is well worth picking up, not just for the Sharoff, but for a survey of the city's best pizza, and Graham Meyer's list of the Chicago's 40 top contributions to the English language, which include pipe dream, yuppie, cafeteria and doo-wop.  Apparently, we have Saul Bellow to thank for ass wipe and yuck it up.  Who knew?)

Since his death twelve years ago, Weese has been in something of an 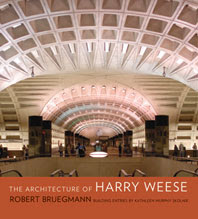 eclipse, an eclipse that now, thankfully,  appears be lifting.  One of the most exciting things in Sharoff's masterly piece is the discovery that a new monograph, The Architecture of Harry Weese, is to be published this September by W.W. Norton.  What makes the book
even more eagerly anticipated is that it's by UIC's Robert Bruegmann, the same author who's already given us one of the more

indispensable volumes on Chicago architecture, The Architects and the City: Holabird & Roche  of Chicago, 1880-1918.

Weese was a giant in Chicago history whose contributions went beyond his buildings, to an impassioned activism that kept Inland Architect alive for years,  and that was instrumental in saving and restoring the irreplaceable Auditorium Theater at a time when Skidmore, Owings and Merrill was recommending demolishing it and building a replacement in the shell.  It was Harry Weese, looking down from an airplane at the abandoned hulk of the 21-story Transportation Building, who was inspired to partner with Larry Booth in 1981 to rehab that structure into 200+ housing units.  With the last decade's huge building boom inventing new life for neighborhoods and industrial directs all around the periphery of the Loop that had grown menancingly derelict, that kind of development now seems a commonplace.  But it was Weese's work in Printers Row that was the mother of them all. 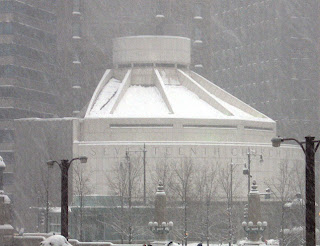 Weese's architecture is also a source of underappreciated wonder. Weese was sui generis.  Looking at the body of his work, you'd be hard pressed to pigeon-hole him into any given school.  There's isn't a lock-jaw style stringing the buildings together.  The only constants were a sense of exploration and invention, and the essential fact that Harry Weese was a damn good architect  His superb buildings  have become anchor points carrying forward the evolution of Chicago's rich architectural fabric,  expressing the spirit of their time with an eloquence and grace that, even today, feels bracing and fresh. 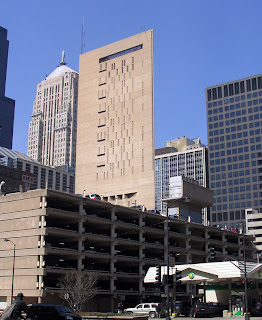 Such an enigmatic body of work. Some of the very best and worst buildings in the city.

if there are "the worst" in the city, i think you should list them. i worked for harry for awhile and, aside from the marriot which is mentioned in the article, i challenge you to find more worsts. he was an enigmatic genius and i hope the book overall hangs less of a pall and sympathetic voice on his life and career than was exhibited in the short magazine article.
i would venture that he taught many more young architects who went on to produce quality buildings how to be one, than any other architect in the history of this city.