We're still finishing up the May 2011 Calendar of Chicago Architectural Events, but we're already up to over sixty events. 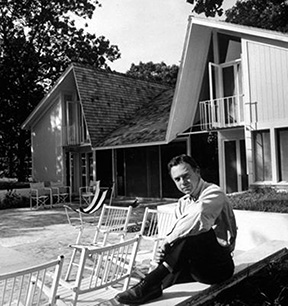 The first blockbuster is Harry Weese Reconsidered, an all-day symposium at the Chicago Architecture Foundation, Saturday, May 14th, which will include Ben Weese, Laurence Booth, Robert Bruegmann, Alison Fisher, Jack Hatray and Annie Pedret, among other luminaries. "Former employees and clients, family members, historians, and critics will gather to share personal anecdotes and put Weese's legacy in historical context."

In conjunction with the symposium, on Sunday, May 15th, there will also be a one-time-only five-hour bus tour with  Robert Bruegmann, author of The Architecture of Harry Weese, which will highlight Weese’s buildings and examples of his preservation efforts in Chicago. The tour will focus on projects in Hyde Park, downtown Chicago, and the Old Town neighborhood, and will include special access to privately-owned, Weese-designed buildings in Chicago. $55.00 for the general public, $45.00 CAF members.

Information and registration for both of these remarkable events here. 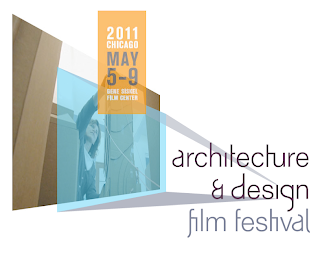 The first weekend in May will see the Architecture and Design Film Festival.  Recent documentaries on Daniel Burnham and Louis Sulivan didn't make the cut, but there's a cornucopia of 39 films, from 2 minutes to 93 minutes in length, organized into 15 programs, most at the Gene Siskel, but with a number also repeated at the Screening room at the Wit Hotel.  Film subjects include Norman Foster, Milton Glaser, Phyllis Bronfman Lambert, Samuel Mockbee, Vincent Scully, Julius Shulman, Aaron Betsky, and Jan Kaplicky, among many others.  You can check out the full roster and schedule of films here.

In conjunction with the festival, there will also be a series of free panel discussions at the Siskel, beginning Friday, May 6th's Documenting Architecture, with Iker Gil, Bjarke Ingels, Rick Valicenti and Zoe Ryan, with four more panels following through May 8th, including among the many participants Edward Lifson, Ultan Guifolyle, Geoffrey Baer,  Zurich Esposito, Obi Nwazota, Red Mike, Lee Bey and Jonathan Rosenbaum.

On Saturday, May 7th, there'll be a reading June Finer's play The Glass House, on the creation of Farnsworth House and the conflicts between its architect, Mies van der Rohe, and  Edith Farnsworth, directed by Evan Bergman, and featuring Harris Yulin, Janet Zarish, Chris Burns, Gina Nagy, to be followed by a Q&A session with architect Dirk Lohan, Mies's grandson.