Chicago loses one of its best: Doug Garofalo dies at 53

Blair Kamin's Cityscapes blog this afternoon posted a letter from UIC's Robert Somol announcing the death, after a prolonged illness, of architect and educator Douglas Garofalo, one of the most talented and imaginative practitioners in the city. You can read the text of the letter, which provides a full appreciation of the man and his work, here. 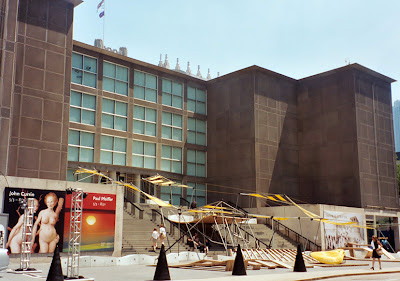 click images for larger view
Doug was the subject of the second article I ever wrote about architecture, for the Chicago Reader, about his temporary 2003 installation at the Museum of Contemporary Art, and the wonderful way, with form and color, he counterbalanced the stolid, slightly totalitarian bulk of a building by Josef Paul Kleihues. Working with his students, he created a work that ragtag, improvisational and inspired, breaking apart the Museum Building's overbearing "This is the way it is" with a sequence of "or it could be this, or maybe this, or even this . . .", including an amorphous egg-yolk-like pod that dared people to lounge in it.

A year later, he led his students in filling one of the galleries in Stanley Tigerman's Ten Visions exhibition at the Art Institute, choosing again a transformative theme responding to the fact that then recently issued 2020 Plan for Chicago, as opposed to Daniel Burnham's plan of 1909, was all but completely devoid of imagery, a dry rustle of academic musings that Doug and his students strove to "illuminate" with an array of creative proposals, set in a gallery that showed Doug's mastery of innovative materials, including a floor of spun aluminum. 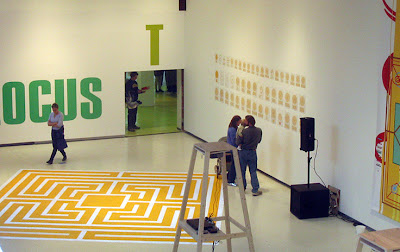 In 2006, he took an old industrial structure on Cornell and transformed into a vibrant, light-filled and colorful home for the Hyde Park Arts Center, making the very facade dynamic, with the upper level a giant projection screen, allowing the museum to literally wear its art - ever changing - on its very body.

Doug was as modest as he was talented, and very generous with his time both with students and an aspiring new writer. His loss is immeasurable, but if there's any consolation, it's in the wonder of how good architecture embodies the character of its creators. 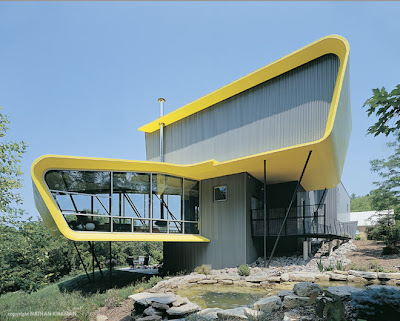 The 2003 MCA installation was completed just as George Bush had taken us into Iraq. It was a dark time, just as today, with the nation taken hostage by the Jacobins of the extreme right, is a very dark time. Then, I had found relief in the delight of how "the Garofalo team's bright, insectlike structures stand to scamper across the impassive surfaces of the MCA in small, happy rebellion." I find relief today, through the sadness of the time, and of Doug's passing, in the thought of the spirit of his quiet creativity, of his very human-scaled, yet strong-spined rebellions against the stolid and the stupid, paying forward in the future efforts of all those he'll continue to inspire