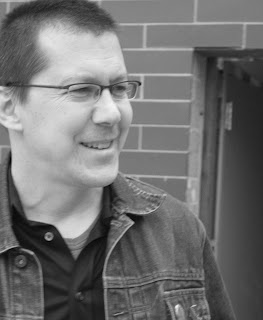 Chicago’s cutting edge architect, Doug Garofalo, died at his home the day before his 53rd birthday.

A Fellow of the American Institute of Architects, he received the AIA Chicago Young Architect Award in 1995 and was elevated to Fellow in 2003. He received his Bachelor of Architecture degree from the University of Notre Dame in 1981 and acquired his Master’s degree from Yale University in 1987. Doug was a tenured professor at the University of Illinois at Chicago, serving as acting director from 2001-2003 and also assisted in the co-founding of ARCHEWORKS, an alternative design school focused on social cause. Shortly after receiving the Young Architect Award, he was published in Metropolis for an innovative project in the Chicago suburbs. I had always been enamored with Doug’s approach and was quoted saying, “He’s at once practical and theoretically charged, and [these traits] feed each other. Doug doesn’t compromise, but he’s able to use the crappy materials young architects get stuck with and make them look as if they were bearing fruit from the rich theoretical materials of his mind. Doug doesn’t come from a lot of money or pretension – he listens, he’s not dogmatic, he’s not attitude-laden… with a little luck, in 10 years he’ll be one of the architects to contend with.” 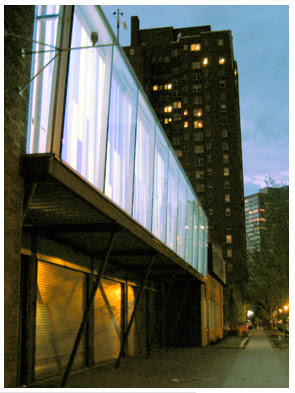 Doug was among the first in the United States to utilize computer technology in the design of buildings and was a lightning rod for young emerging talent. Among his built projects are the award-winning Korean Presbyterian Church of New York in collaboration with Greg Lynn and Michael McInturf, a project that gained international notoriety as the first building truly conceived and executed with digital media, and because it represents an alternative solution to adaptive reuse; the Hyde Park Art Center and numerous residential projects. His unbuilt designs include a gateway in VisionaryChicago Architecture, published in 2005; housing for Chicago’s 2016 Olympic Bid; and an urban design for Roscoe Village in collaboration with Xavier Vendrell in a forthcoming book and exhibition entitled Designs on the Edge: Chicago Architects Reimagine Neighborhoods, sponsored by the Chicago Architecture Foundation. 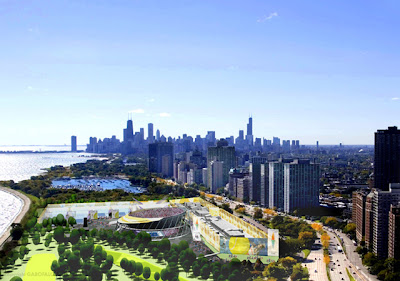 Recent professional honors include the “Emerging Voices” program at the Architectural League of New York in 2001; a one-person exhibition at the Art Institute of Chicago in 2006; Chicago AIA Distinguished Building Award and Driehaus Foundation Award for Architectural Excellence in Community Design for his Hyde Park Arts Center in 2007; being awarded a United States Artists Fellowship in 2008 and was named a University Scholar for 2009-12 by UIC.

Bob Somol, Director of the School of Architecture at the University of Illinois at Chicago, is quoted saying, “In addition to his professional accomplishments and teaching excellence, Garofalo is tireless in his service to the University and larger architectural community… along with his increasing national and international acclaim, [Garofalo] continues to be one of the most generous and dedicated members of the University and School community.” Zurich Esposito, Executive Director of the Chicago Chapter of the AIA, added that, “Doug was a shooting star and always ahead of most. We are only just now starting to understand everything he was moving forward in design. His recent absence from the practice was palpable. His death is a huge loss for our community.”
He is survived by his wife, the artist Chris Garofalo, his parents, Armand and Carol Garofalo, of Clifton Park, NY, his brother, Brian Garofalo, of Washington Crosssing, PA, his sisters Karen Hassett, of Lancaster, PA and Janice Baldyga, of Clifton Park, NY, his nieces, Amy Garofalo and Kiri Hassett and his nephews, Ryan Garofalo, Max and Teddy Baldyga.