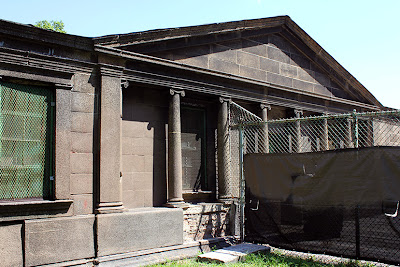 click images for larger view
McKinley Park was a grand experiment. While Chicago's first great wave of parks and boulevards were at the city's periphery, McKinley Park was created at the turn of the 20th century just north of the already industrial Union Stockyards. 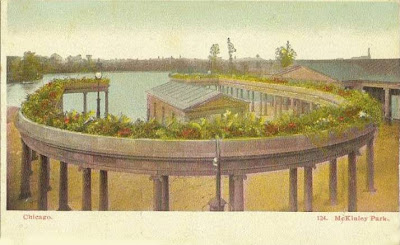 This structure is all that's left of what was once an Ionic colonnade fronting a 150 by 300 foot swimming pool with its own sand beach, seen in the above postcard, from the Chuckman collection. 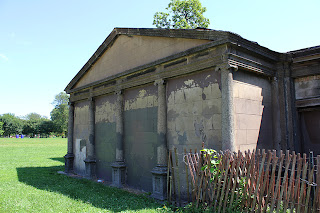 In 1904, more than 120,000 men, women and children used the pool.  In the following decade, the great industrial buildings of the second phase of the Chicago Manufacturing District rose on Pershing Road almost all the way down to Ashland. 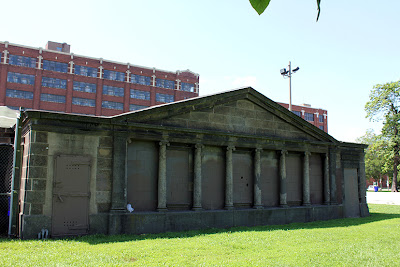 What was originally considered something of an urban marvel is now a service building, rudely treated, an aged, decrepit shadow of its original self. 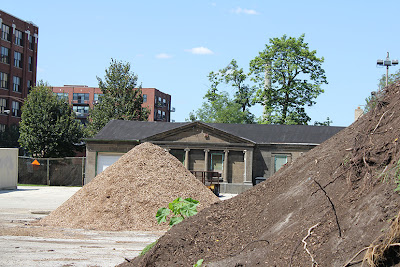 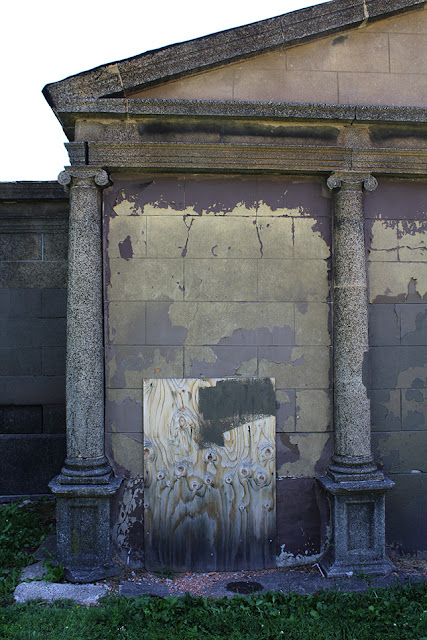 Our very own Acropolis, of sorts.

Thanks! I often wondered about that building. As a kid I heard it was the old field house. McKinley Park was a great place to be as a kid.