Aftermath: Some Say the World Will End in Ice . . .

It was if a black-and-white photograph had somehow been inserted into the normal color cityscape.

Last night, the century-old warehouse in Chicago's Central Manufacturing District was destroyed in a 5-alarm blaze that had 170 firefighters - a third of the city's entire on-duty contingent - battling in near-zero degree temperatures. 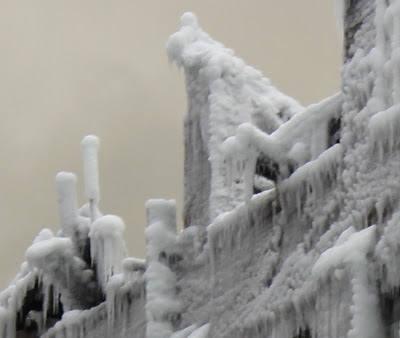 With the return of daylight, the brick and terra cotta facades had been abstracted inside a desaturating, icy cocoon of ice, fire hose streams freeze-sculpted as they sprayed down the building . . . 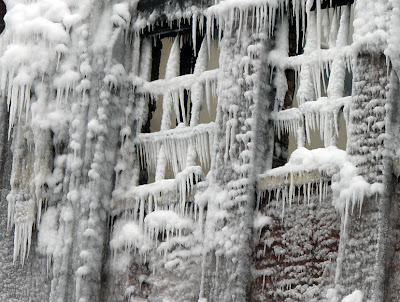 The strange object revealed by morning looks like an ice sculpture so brittle a few firm taps could shatter it into a million shards. 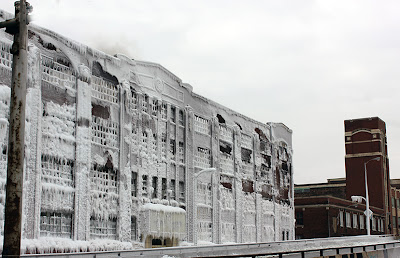 More probably, the building at 3737 South Ashland will soon be visited by a small army of professionals, manning bulldozers, cranes and wrecking balls. 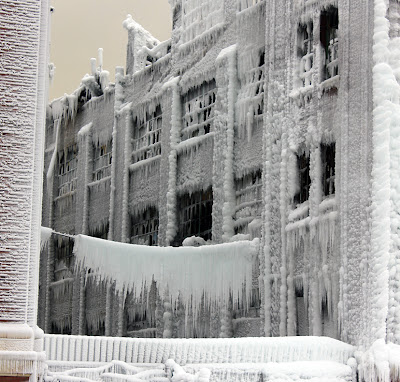 In a few weeks, the macabre carcass will vanish.  An anchoring presence for over a hundred years, smashed into easily transportable piles of anonymous atoms of debris, it will be as if it never existed. 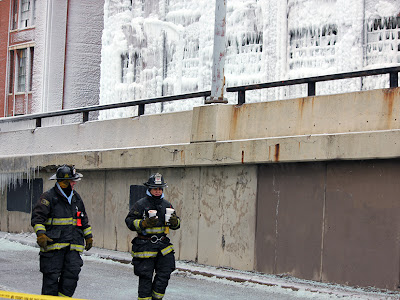 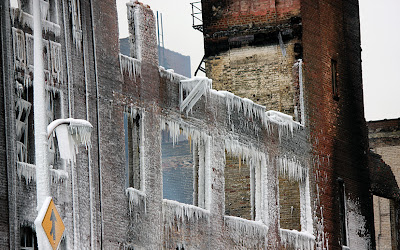 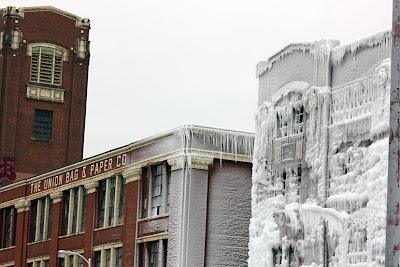 Hard to believe-
after ALL THOSE GALLONS
of H2O-
it reignited again today!