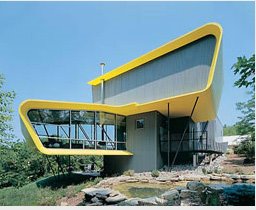 Four late additions to the June calendar of architectural events includes the opening at the Art Institute of an exhibition of the work of Chicago architect Douglas Garofalo, with a members reception on the 14th and public opening on the 17th. This is the 150 anniversary year of the birth of Louis Sullivan, and the Society of Architectural Historians is marking the event with a lecture, Louis H. Sullivan: Father of the Prairie School, by renowned scholar H. Allen Brooks at the Graham Foundation, 6:00 P.M. on Monday, June 19th. On the afternoon of the 27th at Fullerton Hall in the Art Institute, Martha Thorne, the new executive director of the Pritzker Prize will speak on The Pritzker Architecture Prize: Past and Present. Finally, on Thursday, the 22nd, The Urban Land Institute is putting on a breakfast seminar at the Mid-Day Club on the Revitalization of State Street & East Loop Retail.

Oh, and then, although I've decided there's just too much to list on the Repeat

calendar, there's that little thing called NEOCON, at the Merchandise Mart from the 12th to the 14th, including keynotes by Ron Arad, Vicente Wolf and Clive Wilkinson, and a number of special events such as a "VIP Reception" for Art Institute curator Joseph Rosa before he speaks on his "New Vision for Architecture & Design".