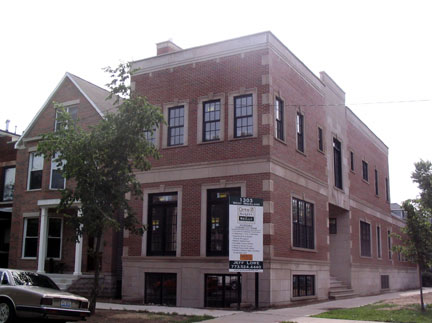 It's no secret that Chicago's condo boom was substantially fueled by speculators buying up units they never intended to live in, but that dynamic now seems to be extending to one-of-kind houses. The graystones and vintage frame homes that have lined the streets west of Wrigley Field for the better part of a century may be no longer immune to the tear-down craze that has so dramatically transformed the fabric of such historic former working class neighborhoods as East Village. 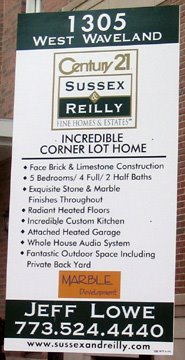 This house on the 1300 block of West Waveland, replacing, if I recall correctly, a somewhat ramshackle wood home, pretty much exemplifies the downside of this trend. Out of scale with its neighbors, its characterless detailing of simplistic limestone corbels, keystones and cornices offers only inadequate relief to a bloated brick-faced massing that seems to suggest the livid skin of a boiled, overfed pig. What makes the story a bit more interesting is that the house was built without a owner -unless they dropped out along the way (and who could blame them?) Which raises mixed feelings. If something this prominent lays empty, it becomes an even worse eyesore, but if its snapped up, will they just make more? 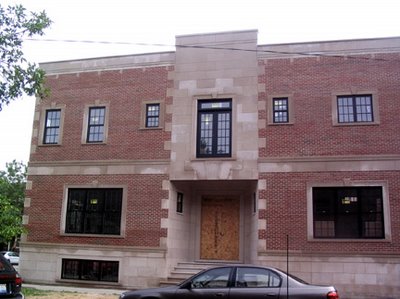 I don't think the boom was "substantially fueled" by speculators at all. Chicago has absorbed a good amount of new units, unlike flipper's heaven Miami and Vegas where large chunks of condos remain unsold.