The Unexplored Power of Architecture in Film 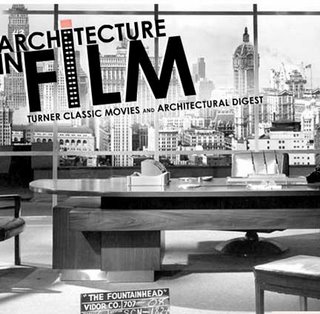 Here's a tardy follow-up to a heads-up from AIA Chicago's Joan Pomaranc to Turner Classic Movie's festival Architecture in Film, which is running 20 different movies tieing into an architectural theme, each Wednesday evening in October.

If this is the first you've heard about this, you've already missed The Fountainhead, The Towering Inferno, and Naked City, one of the first Hollywood films to be shot entirely on location, providing in the process an incredibly rich portrait of 1948 New York City. This Wednesday's offerings, under the title of Home, Sweet Home, range from The Magnificent Ambersons to Roger Corman's House of Usher. Next Wednesday's theme is Reconstructing History, and the pictures include The Alamo, and Fall of the Roman Empire.

This is a topic I think deserves a lot of attention, which will have to come back to later when I have more time, but here's a couple of initial thoughts.

1. Film as a preservation medium. Films can provide extraordinary documentation of 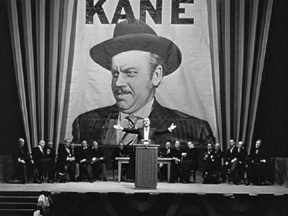 lost urban landscapes. To me, the heart-stopping moment in The Seven Year Itch is not the iconic shot of Marilyn Monroe's skirt billowing up from the gust from a subway grating, but the glimpse in an early scene - in full color - of the concourse of the lamentably vanished Penn Station.
2. Film can explore the three dimensional aspects of architecture much more vividly than static - and often deceptively idealized - commercial still photography.
3. The combination of moving images and sound can give a real sense of a physical space. Think of the convention scene in Citizen Kane, a highly artificial set where the actual hall is never portrayed but the sense of it is made palpable through the imaginative use of sound.
4. Film is an incredibly powerful medium for expressing the psychology of space. No one knew this better than Alfred Hitchcock and the brilliant art directors and set designers who were his collaborators. In Vertigo, the film inhabits San Francisco and its architecture in a way that gives the city a highly specific character that both reflects and informs the psychology of the film. The individual rooms - Scottie's bachelor apartment, Elster's men's club, the passion-red walls of Ernies, the small hotel room, bathed in green light that becomes the orgone box for the refabrication of Scottie's primal desires, and, most especially, that extraordinary, almost surreal, dark room at the top of the bell tower, reverberating with passion and fear, guilt and retribution, death and cold triumph all in little more than a minute of film. Piranesi couldn't have done it any better. 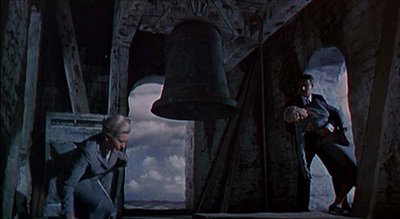