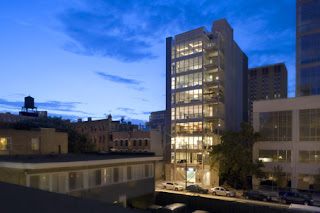 Housing Award Winners with Chicago as a location for either the project or the architects. The 19 award winners were chosen from a field of 236 submissions. 156 West Superior was one of six winners in the Multifamily Housing category. In February, the project received a very favorable review by Tribune architecture critic Blair Kamin. While its architect David Miller is an SOM alumni, his current firm is The Miller/Hull Partnership of Seattle, a city whose firms claimed five of the 19 prizes.
(Click on time for permalink) 12:01 AM