Chicago Architects Get Off Their Cans

An exhibit of constructions made entirely of canned foods is now on display at the Museum of Science and Industry. It's the result of the Chicago competition for Canstruction, a program from the Society for Design Administration and the AIA that fights hunger by distributing 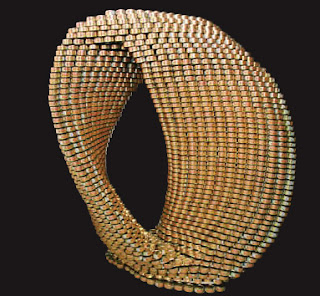 millions of pounds of foods from sculptures, made entirely of canned goods, in a space not to exceed 10'x10'x8', that are created by competing teams of architects and engineers. In the 2007 national competition, the largest deployed over 16,000 cans, while a mere 3,500 were needed for Mobius Strip, from Platt Byard Dovell White Architects, which won the national Structural Ingenuity Award this year.

In Chicago, where the competition was marking its second year, the Structural Ingenuity Award went to Halvorson & Partners, for its recreation of Millennium 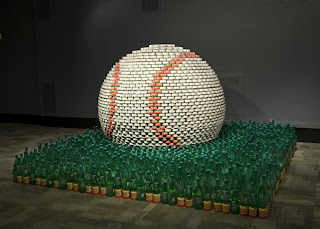 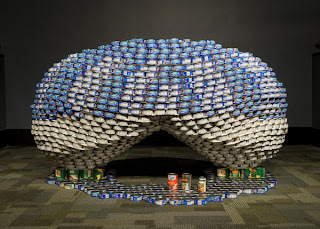 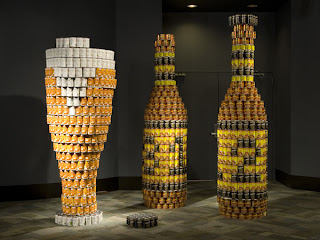 You can see all of the entries at Science and Industry, where they're on display through June 24th. (Admission to the museum is free through this Friday.) On June 25th, beginning at 4:00 P.M., the works will undergo a "De-CANstruction" at MSI, as the sculptures are disassembled and the cans packed up to go to the Greater Chicago Food Depository. June has been designated Hunger Awareness Month in Cook County.