We're late getting this into press (the official RSVP deadline was October 9th) but you may want to check out if you can get into this Tuesday morning's, October 16th panel at Access Living which explores the combination of Universal Design, which removes barriers to access for people with disabilities, and Green Design which is . . . well, if you live in Chicago, you should know already. Panelists will include Chicago's Chief Environmental Office Sadhu Johnston, Karen Tamley, the city's Commissioner for People with Disabilities, and Access 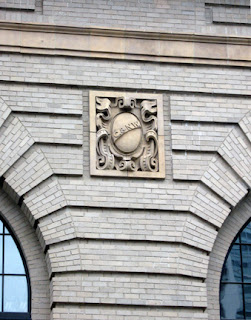 Then, on October 27th at the Chicago Club, Landmarks Illinois will present the 2007
Richard H. Driehaus Preservation Awards. Among those to be recognized are the adaptive reuse of the 1911 Chicago and Northwest Railroad Powerhouse on Canal, the Frank Lloyd Wright's Avery Coonley House in Riverside, Louis Sullivan's last commission, the Krause Music Store on North Lincoln, as well as the Wright-designed Muirhead Farmhouse, 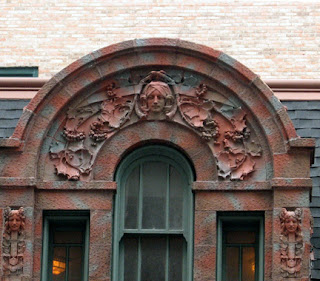 in Hampshire. The President's Award to will go Friedman Properties' restorationg and repurposing of the Medinah Temple/Tree Studios Block. Tickets are $85.00 for members, $110.00 for non-members. Call 312/922-1742� by October 19th to RSVP.

Finally a reminder that this Wednesday, October 17th at McCloska Auditorium, 3201 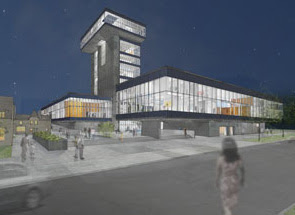 South State at IIT, Billie Tsien will be presenting the annual Mies van der Rohe lecture. In June, Tod Williams Billie Tsien architects were named the winners of a competition to design the new $100 million Reva and David Logan Center for Creative and Performing Arts at the University of Chicago. You can listen to an Architectural Record interview with the architects concerning the project here.

Given your post on the Driehaus awards, I thought I'd leave you a quick note on a unique adaptive reuse by a church in Chicago.

After 20 years of renting, Park Community Church will soon be moving into a renovated old dry goods warehouse just west of the old Cabrini-Green area. We were focused on adaptive reuse of this great old space into offices, a Starbucks-like cafe and an auditorium for Sunday services. We were able and recycled more than 2 million pounds of concrete on site.

Check it out here.

As you've probably already noticed, I'm notoriously unreliable. Thanks for the info.