It sounds a lot like the Visionary Chicago Architecture project that Stanley Tigerman curated for the Chicago Central Area Committee back in 2005, which offered a selection of super-sized projects, some enthralling, some appalling, many an amalgam of both, but all strong expressions of the kind of vibrant Chicago architecture that has so far been missing from the Burnham celebration. And, yes, I know it's all supposed to be about the whole "make no little plans" thing, but is too late for a counter exhibition along the lines of Let's Get Small: Burnham on a Human Scale? 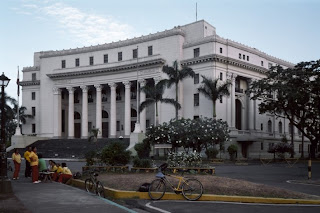 Enduring Vision for the Philippines, will open at the City Gallery of Photography in the Water Tower and will run through December 31st. The exhibition considers the legacy of Burnham's 1904 Plan of Manila, as seen in the work of photographer Tim Long, taken during a residency in Manila in 2007-08.