There was an Old Lady who Lived in a Shoe 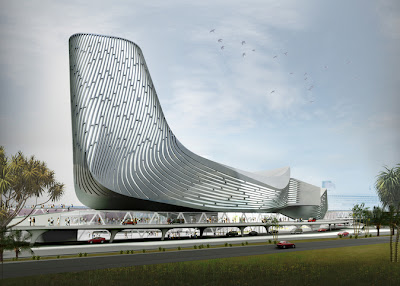 Not exactly an old, beat-up boot.  More like a top-of-line Jimmy Choo.  But what a foot!  What tendons!

Actually, this is the Reiser + Umemoto design that's just won First Prize in an international competition "for a new Port and Cruise Service Center in the city of Kaohsiung in southern Taiwan, ROC," created in collaboration with the late structural engineer Ysrael A. Seinuk.  Construction is to start in 2012, with a 2014 completion date.

We've written before of that team's O-14 Cheese Grater tower in Dubai which apparently is still "nearing completion."  (We still have a soft spot in our heart for the idea of a Lucien Lagrange-inspired knockoff for Lake Shore Drive.*) 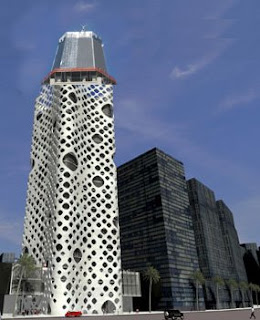 The Kaohsiung project is another striking, form-shifting project. 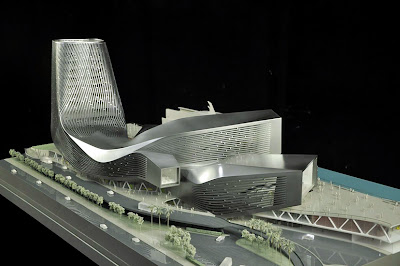 You can see more images here.

For me, what's most shocking is not the avant garde design but that the press release says they expect to build it for $85,000,000.  Ah, the glories of cheap labor.
(Click on time for permalink) 3:23 AM