Probably the only positive thing to be said about 222 South Riverside Plaza, the horrid piece-of-crap tower for which the magnificent concourse of Union Station was destroyed, is that it was great Fazlur Khan's first conception of a composite structural system that combined a reinforced concrete perimeter tube with a steel-framed interior.  For his Control Data Center tower in Houston, also a composite, the steel frame was erected eight floors ahead to give the concrete boys time to catch up.

Currently, a prime demonstration of the speed of steel can be seen at John Ronan's new home for the Poetry Foundation on Dearborn Street.  (You can see our videos of Ronan discussing the project here.) 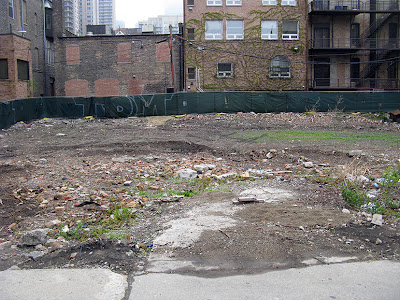 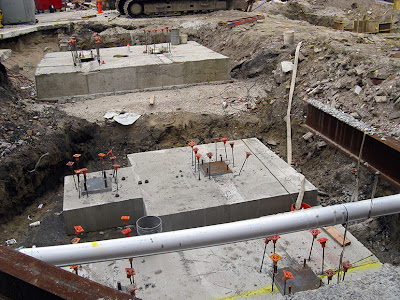 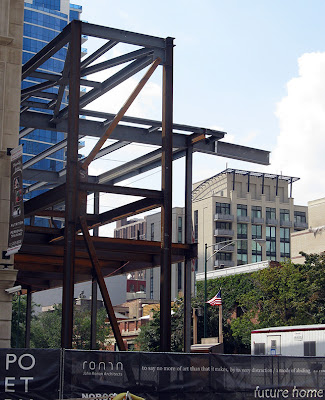 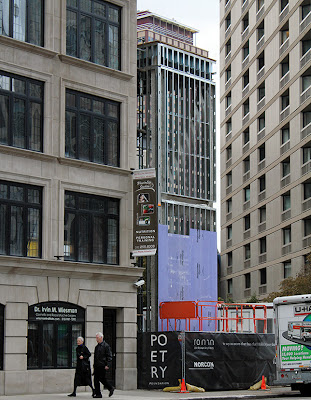 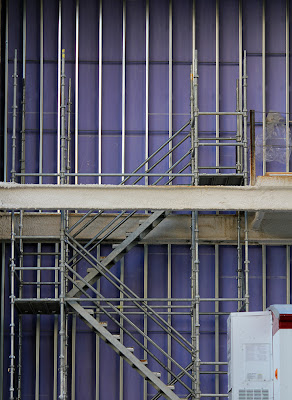 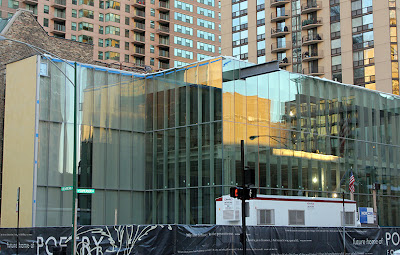 . . . as the project races towards its projected June opening. 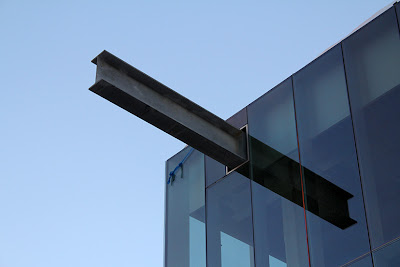 This is what it will look like when it's finished, with a semi-enclosed public garden hugging the corner.

The security guard I met on Saturday was somewhat puzzled by the large number of people he's encountered taking pictures of the building, especially the ones stretching their cameras above the high chain-link fence to get a better shot.  I think he suspects they may be casing the joint for some still-to-be determined future malfeasance.  I tried to explain that Chicagoans are just architecture-mad, and that in the current meltdown, the construction of the Poetry Foundation was one of the few things we have going for us.  I'm not sure I convinced him, but he was a really nice guy nonetheless - I'm glad to have him  keeping watch to make sure no harm comes to our handsome newcomer. 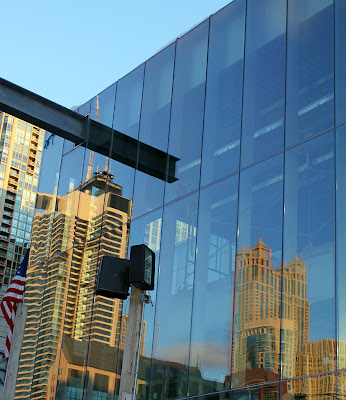 Nice to see glass that’s at least within a stone's throw of being flat, giving us some non-nauseating reflections of its neighbors. Thanks for the photos.

I'm a young poet working on an essay on the evolving landscape of poetry, how the spaces it inhabits are influencing its forms and vice versa. I'd love to hear your opinions on this if you'd like to exchange emails or meet for coffee. I enjoy your blog very much and am a native chicagoan fascinated by our architecture. Keep up the great work.

Hello I am an architecture student doing a precedent study focusing on the detailing of this building. Do you have more photographs of this under construction? We are particularly interested in the I-beam cantilevering from the exterior then connecting to the interior. I see that you have a few photos of this detail but more would be great. Thank you.