What's the Only Building in North America on the list of 2010's 20 Tallest Skyscrapers? 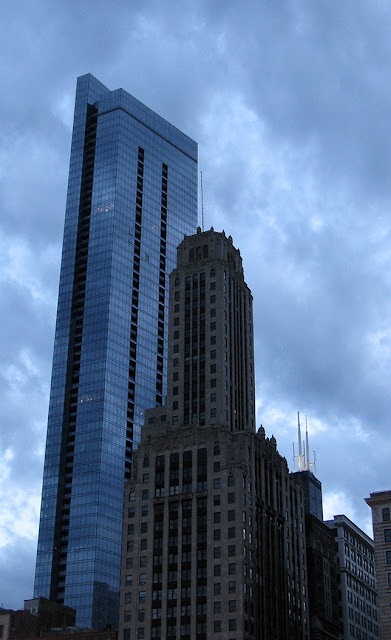 click images for larger view
That's right - it's the Legacy at Millennium Park, designed by Solomon Cordwell Buenz.  At 72 stories and 818 feet, it's less than a third as high as the tallest, the Burj Khalifa, designed by Adrian Smith, Skidmore, Owings & Merrill, and its engineer extraordinaire William Baker. Even Ho Chi Minh had a skyscraper that beat Chicago for height, with 9 of the top 20 in Asia, 6 Dubai, 1 in Abu Dhabi, and 3 in Europe.  According to the 2010 Tall Building Review, issued Thursday by the Chicago-based Council on Tall Buildings and Urban Habitat, there were 66 new buildings of at least 200 meters (approximately 650 feet) in height completed last year, only six of them in North America.

New York has one (surprise, surprise, it's the new Manhattan HQ for Goldman Sachs), as do Charlotte and Austin.  Chicago is the only U.S. city with two.  The second?  Can you guess?  Hint:  it's not even a new building.  More hints?  Well, it's a stretch.  And it's blue.  And it's cross, although exactly what makes it's so depressed and peevish I have no idea.

Already 33 stories when completed in 1997, the Blue Cross Blue Shield building at 300 East Randolph was pre-designed for vertical expansion.  Last year Goettsch Partners added another 24 stories and nearly a million square feet.  Just in time for the playoffs: 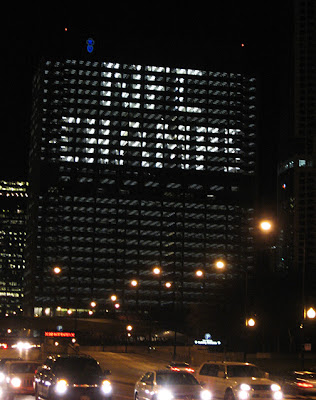 Its such a nice site, i'am regular visitor of this web.
pan card application form

I appericiate your effort its such a nice nice, and has very informative.

Its such a nice site, i'am regular visitor of this web.
Pan Verification