Hunting of the Snark(itecture): A Photo Tour of Architecture and Design at Expo Chicago 2013, through Sunday

Early yesterday afternoon, I made a quick survey of the second annual edition of Expo Chicago, the massive art show in the Festival Hall of Navy Pier, showing work from 120 galleries representing 17 countries and 37 global cities.  (My apologies to all the galleries whose work I photographed while it was still receiving finishing touches.)

Studio/Gang was back again this year designing the exhibition, with its layout patterned after a Chicago street grid lined with exhibition spaces.  Only one of last year's mylar domes returned, the huge reflective piece hovering over the centerpoint of the exhibition space. 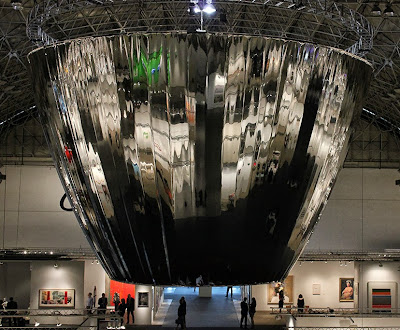 New this year - and beneath the dome - is Snarkitecture and Volume Gallery's Bend, “a series of upholstered  foam cylinders that bend, twist, and drape over one another to create a reconfigurable seating environment.  Inhabiting a world between collapse and animation, the elongated cylindrical forms creating a shifting landscape for relaxation.” Or for checking messages on your smartphone. 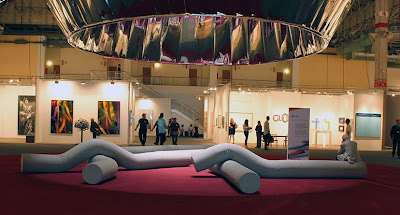 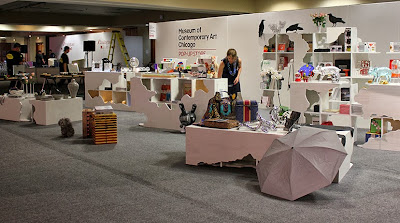 . . . a scheme based on a singular modular and flexible millwork unit.  Each piece has a distinctive excavated surface that is cut away to reveal interior shelves for the display of books and objects . . . 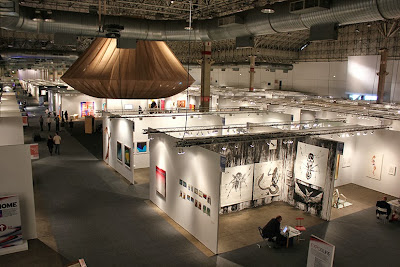 The domes that last year marked two other gathering areas were replaced this year with fabric “frustrums”, which both enclosed the area and allow views through them.  The one above the cafe, at the east end, is a white scrim . . . 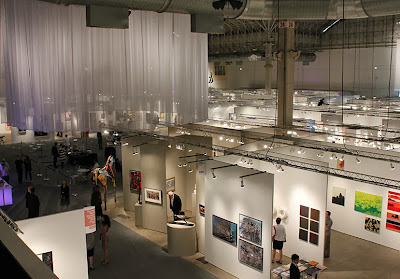 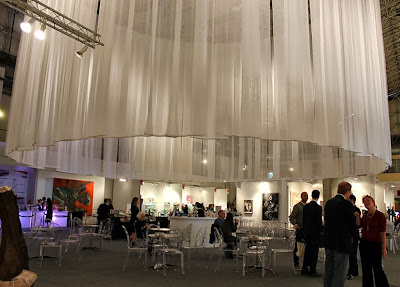 . . . while the other, at the west end, is an almost turban-like affair that marks the exhibition area and lounge for Expo Video - new this year - which will show videos curated by the Walker Art Center's Dean Otto. 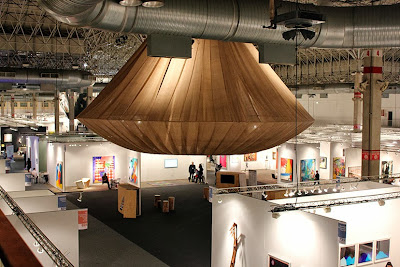 “Natural wood display display stands and log seating define the lounge space without obstructing views to the galleries beyond.” 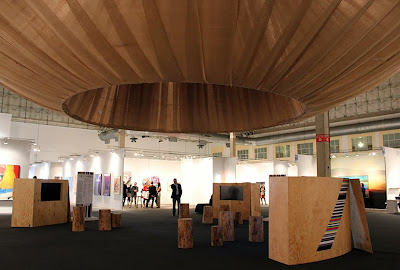 While you're at the south end, be sure to walk up the stairs to the mezzanine to check out Edgewater's 6018|North's Home, curated by Tricia Van Eck, in which four artists have each made a room for an “artists' home.”  The kitchen . . . 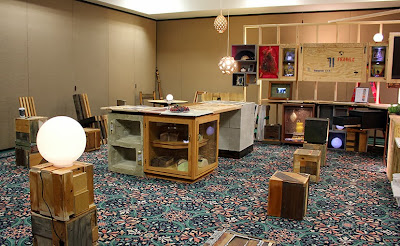 . . . by John Preus and Dilettante Studio, is constructed out of reclaimed cabinetry, and will host performances, workshops and talks curated by SHOP's Laura Shaeffer with John Marciniak. 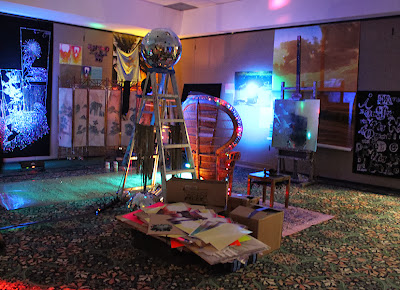 . . . “replete with disco balls, glitter, and glam” for visitors to sit in and “contemplate life as an artist.”  There's also a “chill-out living room” from Sabina Ott, and Jane Jeradi's “performative bedroom [which] presents a captivating space to relax.”

The relationship between art and architecture, of course, is a strong one, and as you walk through the galleries, you'll encounter it repeatedly, from intricately constructed sculptures, architecture captured and transformed through photographs, actual furnished rooms . . . 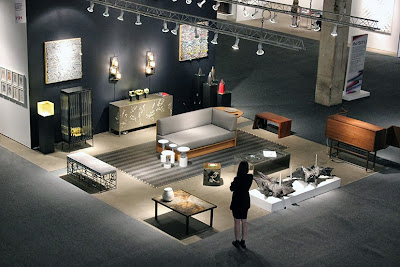 and even debate, as at the gallery of the Hyde Park Art Center . . . 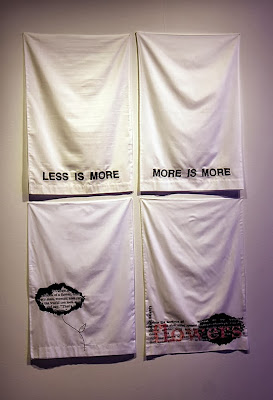 And if you really like getting your head into art, the National Resources Defense Council has constructed Metropolis by Vaughn Bell . . . 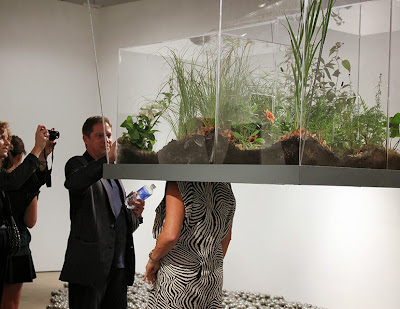 . . . in which you can actually pop up your head into “a large-scale terrarium comprised of acrylic skyscrapers composed of native Midwestern plants and mosses,” creating “an immersive experience that challenges our relationship to the natural world.” 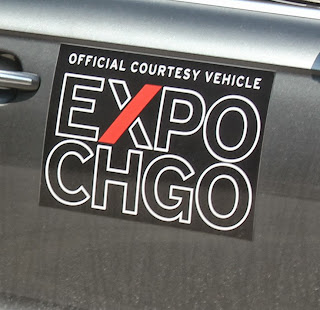 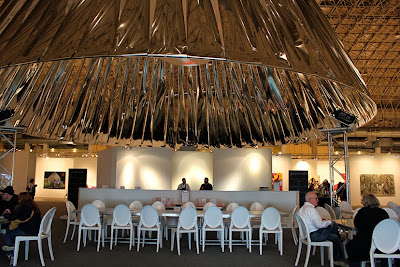