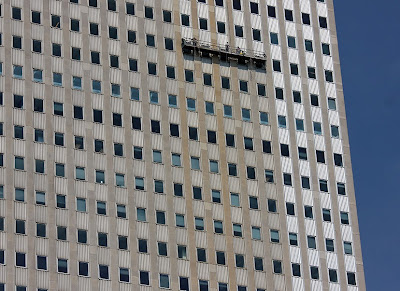 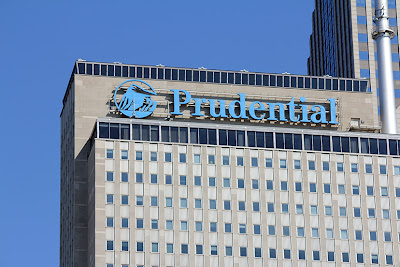 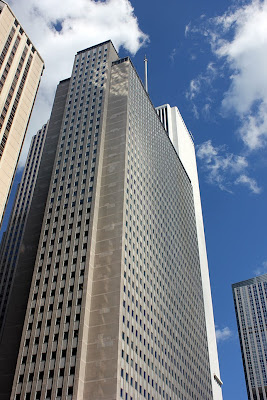 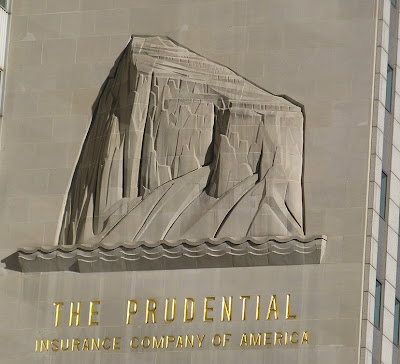 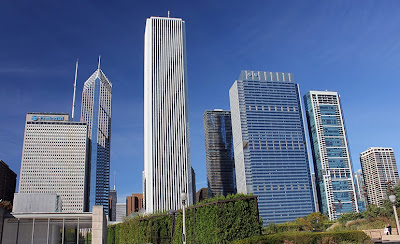 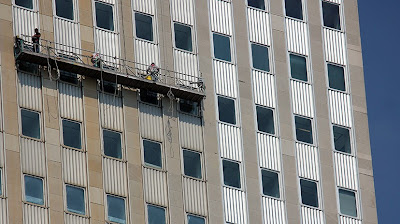 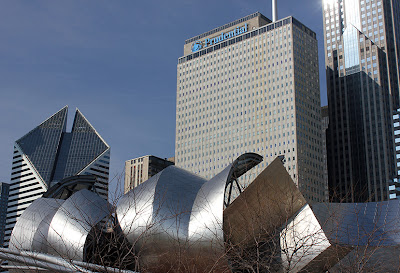 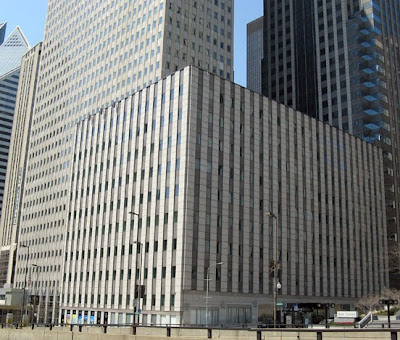 I love your blog and check in daily. The Prudential is one of my favorite buildings in the entire city. Thanks for the post and all that you do.
I would love to see linkdin button to post links on my page.

Thanks for reporting this. I wondered what they were doing. Regrettably, they will never be able to restore the terrific green/black marble and terrazzo lobby interior that they destroyed when they tried to make it segue with the Pru II. There was a little piece of it that survived - a staircase that led down to an office space on the east side of the lobby - but I don't know if it's still there.

I worked at Prudential from 1956 to 1969. What a wonderful building and company it was. Thank you for the pictures and story.

I stayed at the Conrad Hilton back in the middle 50's when I was about 15 years old and remember walking all the way down to the Prudential Bldg to get a strawberry Sunday from the icecream shop on the ground floor. Appeared to be a giant skyscraper to me all those years ago.

My father, Ronald Brennan, worked for Prudential from the late 1950’s until his retirement in 1980. He was a photographer and copywriter, and he wrote the agent’s publications. He used to bring his family to The Top of The Rock observatory, and we would look out over Lake Michigan, and think how special dad must be to be able to bring us here! Then we would go to his office and meet his coworkers! What a magical and special time that was for us! Us Brennan kids still love the Prudential Building❤️

My Dad too was a Pru agent based in Chicago.
We would always go downtown, and my Dad had so much pride in showing us the building.
Great memories from the late 50's to the late 70s!