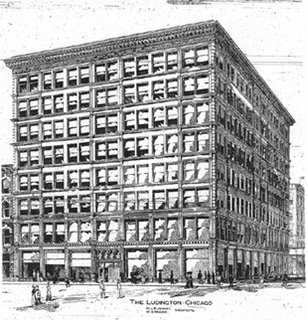 The idea of massive piles of droppings from the expanding populations of non-migratory geese that are making Grant Park their home sounds pretty funny until you're the one inadvertantly stepping into them. It's a topic being taken on by the Grant Park Advisory Council at a meeting at Daley Bicentennial Plaza Monday night. Also, a correction: Anne McGuire's LPCI Preservation Snapshot lecture on the preservation of the historic buildings that have been incorporated into the Columbia College campus is this Thursday, at 12:15 at the Cultural Center.

Also up this week, Snøhetta's Craig Dykers lectures at the CAF Thursday at 6:00 as does Sam Marts, on Timber Framing in Chicago, at 12:15 Wednesday. There's a receptio

n and book signing for Perkin+Will's David Hansen's recently published Architect: Reshaping Corporate Culture at the Prairie Avenue Bookshop at 6:00 at Wednesday, and at Thursday's Chicago Plan Commission meeting, 42nd Ward Alderman Burton Natarus will be seeking to push through an amendment to the city's Planned Development ordinance to erase restrictions standing in the way of Santiago Calatrava's proposed 124-story Fordham Spire. Read about all these week's events on the March architectural calendar.