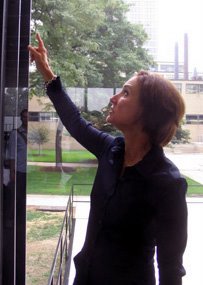 Donna Robertson, the Dean of the College of Architecture at IIT who has seen enrollment at her school explode and the campus's first new construction in almost four decades with striking new buildings by Helmut Jahn and Rem Koolhaas, was named last week a Fellow of the American Institute of Architects. She will receive a fellowship medal at ceremonies during the AIA's 2006 annual convention in L.A. this coming June. Fellows number less than 2,500 out the a total membership of nearly 78,000. Chicago architects also elevated to AIA Fellows this year include James Baird, Paul Florian, Holly Gerberding, Philip Hamp, Thomas Hoepf, Helen J. Kessler, Dennis Rupert, and Mark Sexton.

And speaking of IIT, the designer of the school's spring lecture poster, Rick 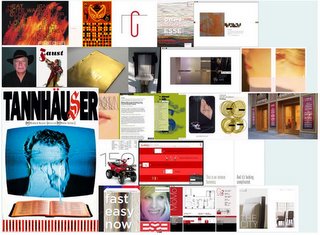 Valicenti, of Thirst/3ST is one of three graphic designers winning the 2006's AIGA Medal, which will be awarded at the American Institute of Graphic Arts Design Legends Gala in New York this coming October. Valicenti was cited for "he passion and intelligence of his influential work, his inspiration to his colleagues and his mentorship to a generation of students." Valicenti's portfolio includes work Wired Magazine, for Lyric Opera, (including the poster for it's landmark 1989 Peter Sellars production of Wagner's Tannhauser that reset the work in the world of today's televangelists), for Smithfield Properties including the MOMO website, and a corporate identity campaign for 4240 Architecture.

I thought the FAIA designation was reserved for great architects and not polticians.

Donna hired her husband and he was voted off the island by his peers....

Is this kind of unethical behavior worthy of an FAIA distinnction?