Lee Bey leaving SOM - their loss could be our gain 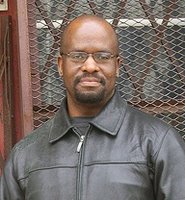 WBEZ's Edward Lifson is reporting on his blog that former Sun-Times architecture critic Lee Bey has resigned from his position as Media and Governmental Affairs Director at Skidmore, Owings and Merrill, joining a recent exodus that includes architects Adrian Smith and Gordon Gill. Lifson says Bey will continue to teach at U of I Chicago, as well as pursue photographic and writing assignments.

At the Sun-Times, Bey brought a reporter's perspective to the coverage of Chicago architecture, which in this city is as important an industry as advertising - which has its own daily columnist in Lewis Lazare - and can evoke better and frequently more heated debates than you find in the sports section. Unlike most writers on architecture, including myself, who seem obsessed with superstar architects and big ticket projects, Bey got into the neighborhoods and made Chicago's entire urban fabric his regular beat. You can get a flavor of this on Bey's current website, whose gallery of illustrated mini-essays includes an appreciation of Marina City, to be sure, but also fifteen other important works of architecture and design from all across the city, with a special emphasis on some of the oft-overlooked wonders of the south side.

Despite the chill that the prospect of competing against him sends up my spine, we can only hope that this latest career change means we'll have a lot more access to Bey's graceful prose and unique insights.