Weekend Reading: Kamin on What is to be Done, and Trib Magazine on Dunn and Felsen in Young Chicago

In the wake of the loss of three Adler & Sullivan buildings to fire in Chicago this year - two, the Wirt Dexter Building and George M. Harvey house, in less than two weeks - an article in this Sunday's Tribune by architecture critic Blair Kamin considers where we go next. 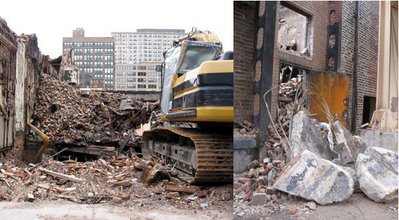 The city is showing signs of finally going beyond mere stonewalling. Right after the Wirt Dexter fire, Landmarks Commision spokesperson Connie Buscemi was pretty much washing her hands of the problem. "What type of work will be done and how, that is the jurisdiction of other agencies," she told the Trib. Now, against rising popular disgust, she's changing her tune. "We are looking at what could be done with regard to not just landmark buildings but older buildings that have heavy timbers and the use of open flames,"she tells Kamin, who turns to Preservation Chicago's Jonathan Fine to come up with some possible new regulations that are already part the National Trust for Historic Preservation guidelines. One, for example, mandates that the use of torches - which were implicated in the destruction of both the Wirt Dexter, and, this past January, of K.A.M. Pilgrim Baptist Church - should require the presence of a fire watchman with a fire extinguisher, a simple step that could have prevented the loss of both buildings.

Elsewhere, the Tribune Magazine includes something of a preview of Young Chicago, the exhibition opening at the Art Institute later this week that is being curated by Joseph Rosa, 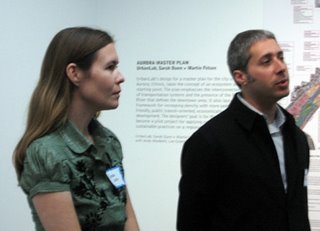 the museum's new curator of architecture and design. Fresh from a profile in this month's Chicago magazine, UrbanLab's team of Sarah Dunn and Martin Felsen are featured, as are designer Jason Pickleman and architect Clare Lyster. You may want to try to pick up a print copy, since - as is often the case with the Trib's stingy or perhaps just inept internet presence, the article's illustrations are omitted from the web version.

Check both of these pieces out before they disappear into paid archive hell.