Doug McCash, art critic of the Times-Picayune of New Orleans (whose Saints, as I write this, are demolishing the Dallas Cowboys), has written a wonderful portrait of new urbanist high priest Andrés Duany, and his often controversial role in the rebuilding the city after the devastation of Hurricane Katrina. He catches Duany at the point where he learns of a "Reinventing the Crescent" plan that would include buildings by Zaha Hadid, Frank Gehry and Daniel Libeskind, contempuously dismissed by Duany as "the genius architects . . . 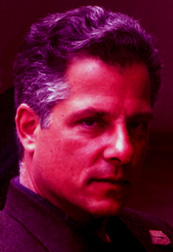 All these people are congenitally over budget."

"I am not one of the genius architects," McCash quotes Duany as proclaiming. "I write codes. The basic theme is this: Cities require fundamentals to be in place." Duany cringes at the effect the Crescent City project may have on the vista just in front of newly purchased Marigny home, but quips, "I can't wait to have a brilliant piece of architecture facing my house. It's going to do wonders for my property value." And if he had his choice of "genius architects", it would be Rem Koolhaas. "The others are not fun," McCash quotes Duany as saying "Rem has the irony, fatalism, complexity and bad taste that would work well in New Orleans."

"I'm not an ayatollah of traditional architecture," Duany protests to McCash. Read the fully story here.