On Tuesday, DGG made available on iTunes a performance of Bartok's Concerto for Orchestra with the Los Angeles Philharmonic conducted by their music director-designate Gustavo Dudamel, recorded live at performances this past January. 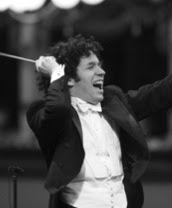 Last April, the 26-year-old Venezuelan's debut with the Chicago Symphony had set orchestra, audiences and critics on fire. With his combination of rock-solid technique, distinctive ideas, and infectious energy Dudabel transformed the now warhorse Mahler 1st Symphony into something that sounded exhilarating, newly-minted. It was evident that the orchestra, which can be a tough crowd, had taken to Dudamel. By the symphony's close, pages that often veer toward wearying bombast became an ecstatic expression of youthful power and optimism. The CSO played their hearts out for their young conductor, rekindling memories of the kind of virtuosity that stunned the world during the early years of the CSO-Solti partnership.

Instantly, the city was ablaze with talk. Could this be the guy we've been waiting for? Could he be the light at the end of the seemingly endless tunnel of CSO's search for a music director to succeed the departed Daniel Barenboim? 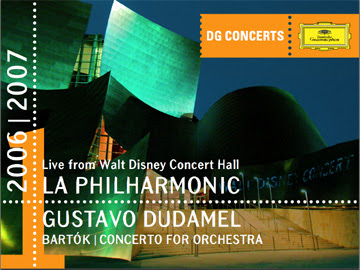 As fast as hearts were set aflutter, however, they were stomped flat as a pancake. Before Dudamel's final concerts later that week, the official announcement was made: the Los Angeles Philharmonic had seized the moment and snapped Dudamel up, signing him to a contract that will see him succeed Esa-Pekka Salonen as Music Director starting with the 09/10 season.

Well that was fun. Let's hope CSO management can coax him back for some guest engagements. He was a great counterbalance for the council of illustrious elders - Pierre Boulez and Bernard Haitink - running the orchestra on an interim basis. 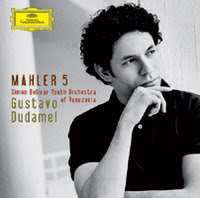 Of course, it's entirely possible Dudamel will crash and burn - a brief bubble, a passing fad - but judging from the Chicago concerts, and his recordings, including the new Bartok - a fluid, flavorful and powerful performance - I wouldn't bet on it.

Classical iTunes is still a bit of strange bird. The fact the St. Matthew Passion is chopped up into individual 99-cent songs takes a bit of getting used to. The other side, however, is that music can be liberated from having to keep adding fillers to reach a saleable 60-70 minute CD. The Dudamel Bartok Concerto is being sold, not as part of a larger package, but as a single work, priced at $5.99.
Postscript: This morning a major candidate for the CSO post appears to have been eliminated, as the New York Philharmonic announced that Riccardo Muti has committed to spending six to eight weeks a season with that orchestra. The NYP named Alan Gilbert, 40, as its new Music Director, beginning in 2009.