We were sorry to learn from James Pierce that Joseph DuciBella, ASID, died last Friday, June 29th at the age of 62, after a prolonged battle with cancer. To describe his achievements, I'm going to quote 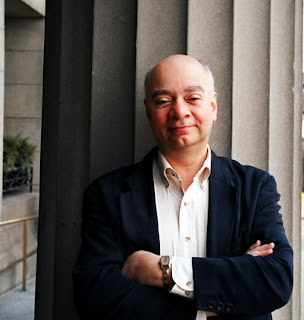 from an excellent obituary in the Friends of the Uptown newsletter, and I want to thank Pierce also for the portrait of Mr. DuciBella and photo of him leading a tour in the gloriously restored [Ford] Oriental Theater:

“Known internationally for being a founding member (1969) and longtime Chicago-area director of Theatre Historical Society of America, DuciBella was an accomplished designer of theatre, office, residential and commercial interiors. A Chicago Academy of Fine Arts graduate, he operated an independent interior design firm for 24 years. During that time, he was the designer of choice for Classic Cinemas, of Downers Grove, Ill., an independent, family-owned company of more 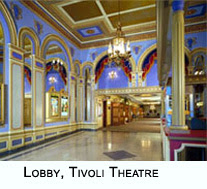 than 80 screens in the region. DuciBella led the renovations of two of Classic Cinemas' most historic theatres, the Tivoli Theatre, in Downers Grove, Ill., and the Lake Theatre, Oak Park, Ill.”

“A passionate researcher and storyteller of Chicago history, he had the unique ability to weave with words the complex religious, ethnic, labor, political and architectural histories of Chicago into near-epic tales – neighborhood by
neighborhood, block by block, and theatre to theatre. He was most recently featured in the documentary film Uptown: Portrait of a Palace, which gave a glimpse of his knowledge about the challenges of historic theatre renovation and reuse.”

“DuciBella was a frequent speaker and informed tour guide for events and symposia related to architecture and historic preservation – particularly theatre buildings. 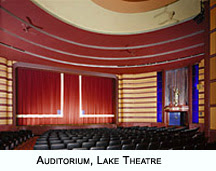 He rallied enthusiasm and anticipation for decades for his comprehensive book, "The Theatres of Chicago," that has not yet been published. However, he published articles and lectured on theatre design history extensively for more than 30 years.”

“A quiet but methodical activist, DuciBella worked steadily in many historic preservation efforts in Chicago, including support of the Wicker Park (neighborhood) historic district, the Chicago Theatre, the Oriental Theatre, the Uptown Theatre, the Congress Theatre and St. James Cathedral. He was the proud owner of a National Register home in Wicker Park, in which had been a tenant. He out-stayed the other boarders, bought the building and restored it over time to its original Victorian beauty.”

“Born on April 17, 1945, DuciBella grew up in a tough, working-class Italian neighborhood on Chicago's West Side. That’s where he was first enchanted by the interiors of the Marbro and Paradise theatres of the Balaban & Katz chain. While a student, Joe worked for B&K in many of its theatres, including the Marbro and Uptown theatres. Of his favorite "movie palaces" in Chicago, only the Chicago and the Uptown theatres remain. The Chicago Theatre was saved with his help and remodeled for live shows in 1986. The Uptown Theatre has been closed and "endangered" since 1981. DuciBella was active as a volunteer in the continuing "Friends of the Uptown" effort since 1979 – even before the theatre closed to the public.”

Arrangements for a memorial are pending. 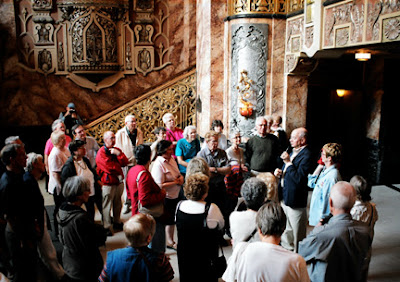 I got to know Joe DuciBella a little over the last few years through our mutual interest in the city's classic movie palaces. Chicago has lost one of its best this week.

I have the good and bad fortune to live in Uptown--good, because I'm constantly marveling at all the architectural treasures, bad because I cringe at the abominable state of abuse and disrepair the majority of these buildings lie in. Does anyone know, btw, what the heck's going on with the Riviera building? I can't tell if they're removing facade for a replacement/rehab, or prepping for teardown.

The Riviera building is being renovated.

The best current source to keep up with what is happening in Uptown is
http://uptownupdate.blogspot.com/

While writing a paper on the Loop theater district, I contacted Mr. Ducibella. He was gracious and helpful. He will be greatly missed.