The New Old Colony: How Good Dare We Hope It Can it Get? 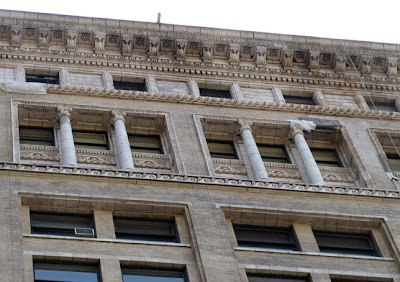 High hopes are meant to be dashed, but what's going on at Holabird and Roche's landmark 1894 Old Colony building 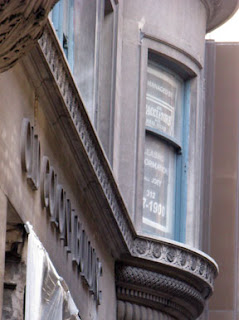 is close to a revelation. We've written previously about reports the tragically derelict building had been acquired by Joseph Cacciatore & Company, and now it's official: they have a leasing poster in a prominent second story corner window.

The firm, I'm told, has a mixed record on issues of restoration, but as the cleaning of the Dearborn Street facade continues, the Old Colony increasingly escapes from its Stygian Blade Runner-like gloom to reveal a light-colored building with an astonishingly beautiful classically styled arcade at the top.

And as I walked by again this past weekend, I discovered something else amazing.

For time immemorial, the Old Colony's original Van Buren entrance, shown in this Harry Weese before and after sketch . . . 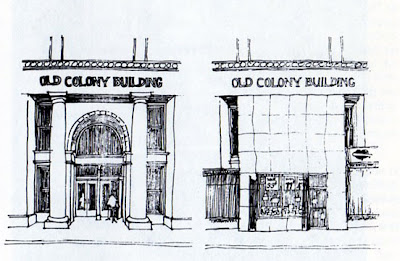 has been converted into a storefront, its facade obliterated with a thoughtlessly uncontextual coverup. 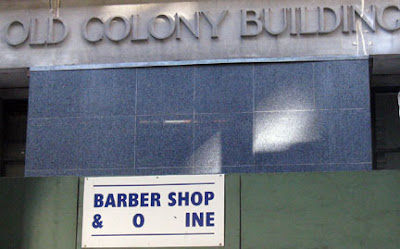 Today, however, for the first time in probably at least half a century, you can see the original columns and pilasters of the Van Buren entrance. 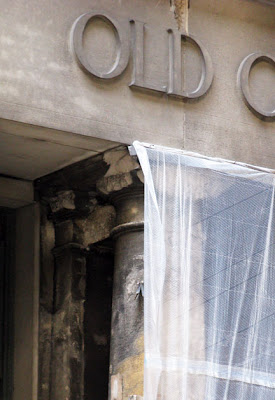 I'm sure it's too much to hope that the Old Colony's main entrance might be restored to its orginal glory, especially given that Harry Weese in his 1970's study said all documentation for the lobby had been lost, although he offered up this possible reconstruction. 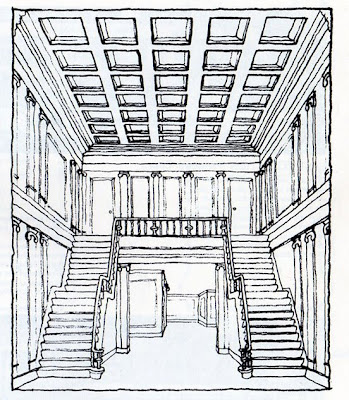 Still, for a moment at least, we get to think of what might be.

I actually liked Old Colony better with is dark veil. Some buildings are meant to accumulate gloom

I prefer to find my Dickensian hellhole gloom in novels rather than on today's streets.