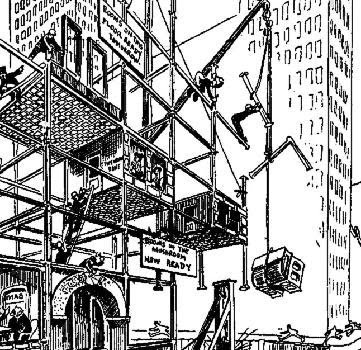 Today, the Chicago Tribune has been without a primary editorial cartoonist for years, another sign of the decline of print journalism. But for over almost sixty years, from 1889 through 1946, most of them at the Trib, cartoonist John T. McCutcheon created, in the words of the subtitle of a new exhibition opening tonight, Friday, May 29th, at the Chicago Cultural Center, Chronicles of a Changing World that documented the evolving story of America, often reflected in the light of the Trib's conservative outlook.

The Pulitizer-Prize winning McCutcheon was known as the "Dean of American Cartoonists." His take ranged from the whimsical, as in this portrait of a whirlwind visit to Chicago by President Theodore Roosevelt . . . 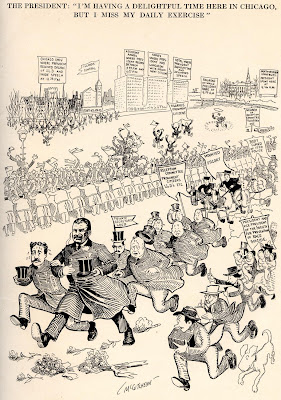 to this bitter commentary on the aftermath to World War I, reproduced courtesy of the Smithsonian. 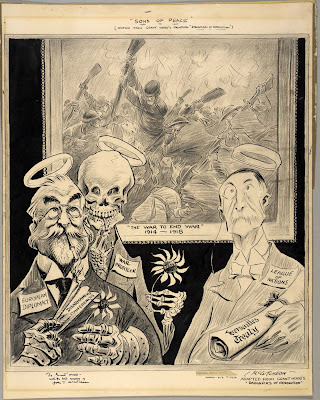 The new exhibition shows the wide range of McCutcheon's beautifully drawn work, both as a political commentator and as an acute observer of the everyday life of his times. 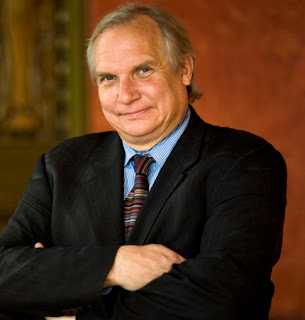 gallery talk by exhibition curator and Chicago cultural historian Tim Samuelson, who not only has no equal in his knowledge of the city and its history, but draws on a seemingly inexhaustible wealth of great stories to tell, as well. Samuelson will also be giving gallery talks at 12:15 p.m. on June 4th and July 9th, both Thursdays.

The exhibition runs through September 27th in the second floor Chicago Rooms of the Chicago Cultural Center, 78 E. Washington. Did I mention it's all free?