On the Uptown Theater's Past - and Future, plus Under the Buckingham

"The best theater in Chicago that you can't see" is how one speaker describes the Uptown Theater in the documentary Portrait of a Palace, to be screened at a lunchtime lecture at the Chicago Architecture Foundation 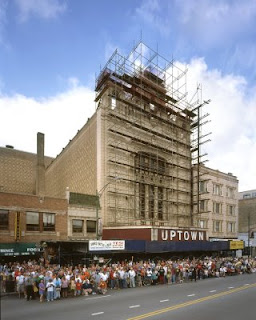 next Wednesday, July 1st. The 4,000+ seat Uptown, opened in 1925 at a reported cost of $4,000,000, was one of the city's very grandest movie palaces for over 50 years, but it's now been shuttered and rotting for almost 30, despite fervent efforts of activists to save it. Last July, finally, it was acquired by concert promoter Jam Productions.

On Wednesday, Friends of the Uptown's Andy Pierce will pair up with Jam founder Jerry Mickelson to show the 26 minute documentary, and after it will discuss "discuss the theater’s history and its planned renovation." The free presentation is Wednesday, July 1st, 12:15 p.m., at the Chicago Architecture Foundation, 224 South Michigan.

Under the Buckingham - today, Friday, June 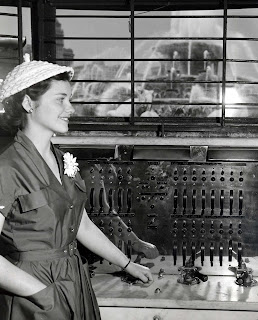 26th, is the first of what is being touted as Fountain Fridays, half-hour tours of the operational underpinnings, including its underground pumping works, of Chicago's iconic Buckingham Fountain, which will be offered every Friday from July 10 through September 4, when the fountain will be closed for the first complete restoration since it's 1927 opening. The $50.00 cost of the tour ($30.00 for this Friday's preview) supports the Buckingham Fountain Restoration Project, which is funding essential repairs that range from plugging the leaks in the lower basim slab, securing crumbling Georgia marble, and replacing the corroded screws that keep the bronze seahorses from swimming off to New Zealand.

Make reservations via the Parkways Foundation at 312/742/5368 or at RSVP@parkways.org.

Jerry Mickelson said that Jam plans to hold concerts and special events at the Uptown once it gets fixed up. Given that the Aragon down the block with similar capacity has a sum total of three events planned over the next two months, I don't see how the Uptown is going to be even remotely economically viable.