A Park for People? No way. A Park for an Office Building? Here's $7 million 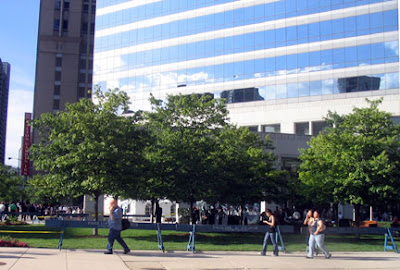 The irony is irresistible. Although a 2007 presentation by John Buck development head Greg Merdinger claimed they had offered the parcel on two separate occasions, the city refused to raise a finger to acquire the beautiful park adjacent to Kenzo Tange's AMA Building on State Street that Buck had spent millions to maintain over a decade and a half, despite the fact that it was the only real park space in the eastern half of River North, where residential population has exploded over the last decade with a building boom in condo, rental and hotel towers. Buck, whose original plan was always to have a companion structure next to the AMA, finally had enough. The park was destroyed, and a skyscraper hotel is now nearing completion on the site.

Now, however, the city is spending $7 million in TIF money to demolish three buildings and create a new 9,600 square foot park at Franklin and Randolph specifically to support John Buck's latest office tower right next door, with Buck kicking in the balance of the estimated $20 million price tag.

One can certainly understand why Buck would prefer to have something other than this . . . 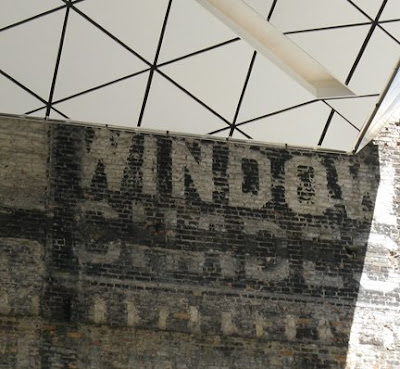 at the end of the grand arcade of the Goettsch Partners designed, sleek new, 46 story 155 North Wacker. 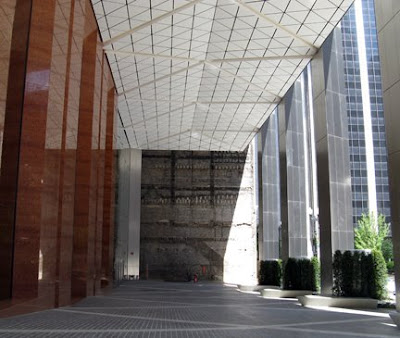 So now the end structure on Franklin is undergoing demolition, the tiny 1870's Showmen's League Building, 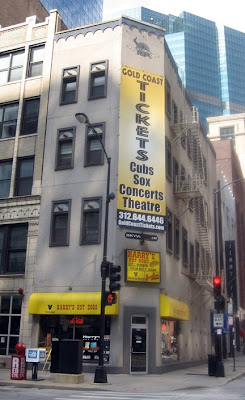 which always seemed almost custom scaled for the diminutive Harry Heftman, who had been serving up hot dogs and snacks there since 1954. Heftman celebrated his 100th birthday in March, and Mayor Daley stopped by for a final hot dog and to extend his congratulations to the man whose business he was taking away in April.

The elephants that once graced the tympanums above the windows . . .

. . . and a century of history is being reduced to rubble. Harry, himself, has moved on to another gig, working for someone else for the first time in over sixty years. 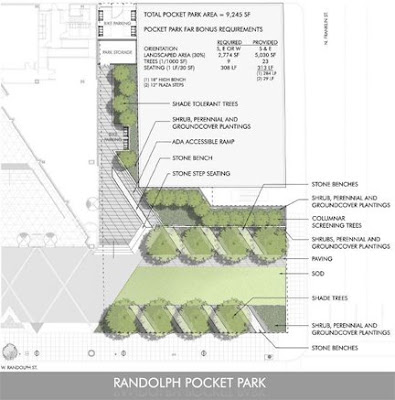 In a recent newsletter, 42nd ward alderman Brendan Reilly published the site plan for the new green space, generically labeled the "Randolph Pocket Park," which will no doubt also benefit those residents of the handful of new developments in what remains an office-dominated district. If there's any justice in the world, it will quickly be renamed Harry Heftman Park. Maybe he'll even stop by for the dedication, with the mayor serving up hot dogs for everybody.

The hot dog here seems to be Mayor Daley.

Great call on naming the park after Harry, I really like that idea.

I may change my mind once I spend a little more time strolling the grand arcade of 155 North Wacker, but I think the images you took are a great, or at least interesting, juxtaposition of architecture and a brief sculptural expose on Chicago history and architecture. However, my opinion may be biased, those 'old school' painted and severally weathered advertisements hidden between the buildings always seem to catch my eye. Not to come down on the idea of pocket parks, granted Chicago could use at least a few, but I think we could find a much better way to spend $7 million dollars in TIF money than to tear down a few buildings that only need a little affection and creativity for them to keep contributing to downtown. The powers that be seen to be getting ever quicker at calling in the wrecking crews.