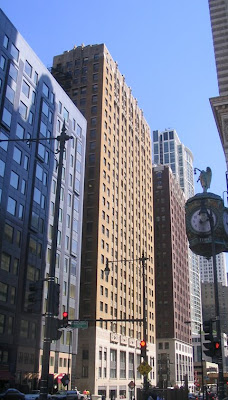 Chicago's Crain Business reported this week that 203 N. Wabash has failed to find a developer, is behind on its taxes, and faces foreclosure on a $9 million dollar loan from John Hancock Life.

Originally built in 1928 as the Old Dearborn Bank Building, the narrow, 27-story structure has 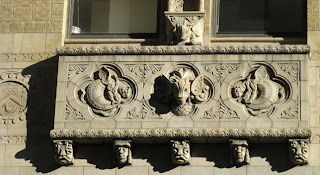 had a rocky history. The bank itself lasted only another few years, being liquidated in 1932. More recently, a 2004 restoration of the building's exterior has not been enough to attract a buyer. With a width of only 48 feet bringing light deep into the floorplates, you'd think the building would be a natural for residential conversion, but proposals to make the property a hotel from both Sage Hospitality and Kimpton Hotels, and another proposal to convert it to student housing have all fallen through. In 2007, it was reported to be 86% leased, last year the figure was 60%, and the latest Crain's report puts it as 42%. 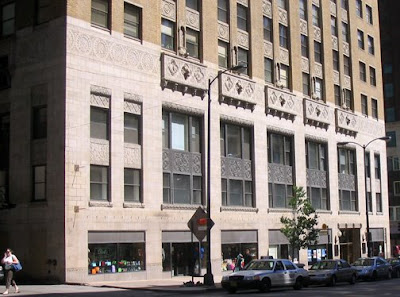 Which is strange, because it's a gem of a building that was designated an official Chicago landmark 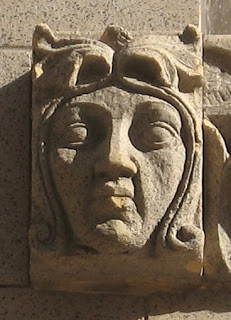 in 2003. It is one of only two office buildings attributed to the firm of Rapp & Rapp, best known, best known for movie palaces like the Chicago, Uptown, Palace and Oriental. While the overall profile of 203 North Wabash is handsomely restrained, you can see Rapp & Rapp's hand in the building's whimsical ornament, which includes gargoyles, 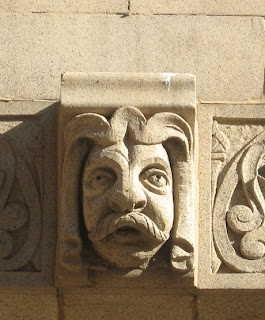 griffins, squirrels, ducks, among other creatures. It's listed currently at $12,500,00, but for now I'm betting you could pick it up for a song and, if you've got deep enough pockets to outlast the current economic collapse, make yourself a very neat profit once things turn around. 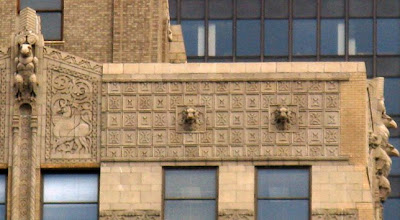 The leasing numbers are not so strange. The new owners didn't want to have to buy out tenants when they did the hotel conversion, so for a couple of years they have declined to renew leases as they came due, and started cutting back on maintenance and services to the few tenants who remain.