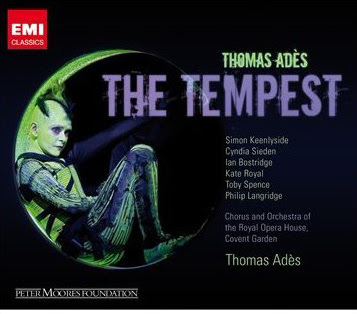 Almost five years after its premiere, Thomas Adès opera, The Tempest, is now available in a recording from EMI of a 2007 performance that included much of the original cast. Adès himself conducts the Chorus and Orchestra of the Royal Opera House Covent Garden. $20.99 on CD from Amazon. $15.99 downloadable on iTunes. The recording has been named Gramophone magazine's August CD of the month. Alex Ross's fairly ecstatic review of the original production here.
(Click on time for permalink) 10:00 PM