$9.9 million pays your Dewes, lets you get your Gründerzeit on 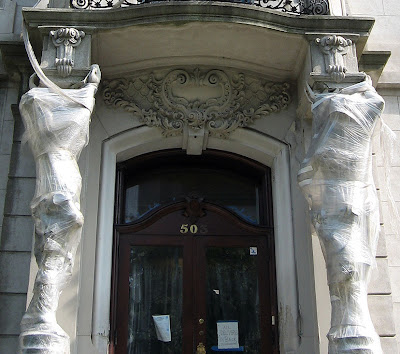 click images for larger view
When last I encounterd the 1896 Francis J. Dewes mansion at 503 West Wrightwood in 2007, the caryatids  bearing the ornate balcony above the entrance had been mummified in a protective plastic wrap, part of an exhaustive restoration by developer Fred Latsko, which included the cleaning and releading of the house's art glass by the Chris Botti studio.

Latsko took over the property via foreclosure about seven years ago, and combined the apartments into which it had split up into a single residence that he made his home.  One of Rod Blagojevich's last acts as governor was to erase Latsko's 1985 conviction for credit card theft, for which he had already received a pardon by then-governor James Thompson in 1985.  Latsko was behind a failed $15 million deal to acquire the Three Arts Club for conversion into condo's or a boutique hotel.  More recently, he bounced checks totaling $884,000 to City Hall covering development fees for the new Barney's store his firm built on Oak street. The checks were finally paid over two years later. Last month, the Irish bank that had financed the Barney's construction filed a  $93-million foreclosure suit.

Things do not appear to be going well for Latsko, who is reportedly also in the middle of divorce proceedings. In Sunday's edition, the Chicago Tribune has a story that Latsko is putting the almost 10,000-square-foot Dewes mansion up for sale.  Using a well-established marketing strategy, he's pricing it at $9.9 million. (See, if it were $10 million, you'd probably think it was expensive.) 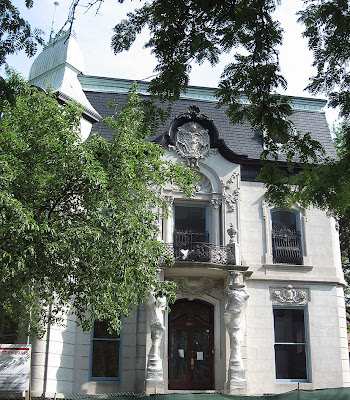 The mansion was designed by architects Adolph Cudell and Arthur Hercz in what has been called the Gründerzeit style, which  became popular in Germany when unification and the victory over France in 1871 created an economic boom in which the expanded ranks of the wealthy aggrandized themselves with neo-renaissance and baroque architecture.  Although both on the National Register and a designated Chicago landmark, the AIA Guide refers to it as a confused "German confection" and Gene Shalit once sniffed, "this Dewes is a don't."

Francis J. Dewes, for whom the house was constructed in 1896, was born in Prussia in 1845, son of a brewer.  At 20, he emigrated to Chicago, where the massive German population made beer a big business.  He began as a bookkeeper at one brewer, and pushed himself up into positions of increasing responsibility.  Within just seventeen years he opened his own firm, F.J. Dewes Brewery, which eventually became the Standard Brewery company, 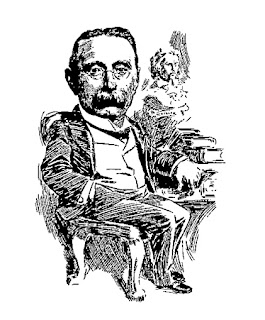 In 1909, as President of Standard Brewery, Dewes was found guilty of patent infringement  for using "infringing corks" not made by the manufacturer and creator of 1892 Crown Cork System of Bottling, "a system which has completely revolutionized the art of bottling," producing 2.5 billion corks in 1907 alone.  Co-defendant Max Greenberg . . .


carrying on business under the assumed name 'Spanish-American Cork Company' is . . . supplying imitation sealing devices . . . being exact counterfeits of the complaintant's . . . When called to his attention, Mr. Dewes gave assurance that it would stop; but further supplies of the infringing corks were soon after obtained and used.

One profile of Dewes noted that "In the affairs of the German-American citizens of Chicago and the welfare of newcomers from the Fatherland he has always been conspicuous."  He funded the Dewes Lectureship in the History of German Civilization at the University of Chicago, as well as the statue of the German naturalist and geographer Alexander Von Humboldt found in the Chicago park named after him. 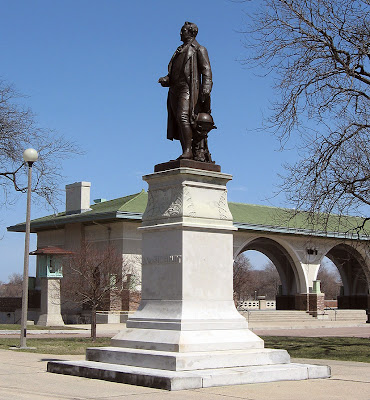 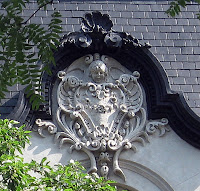 Dewes sold the house in 1921 to the Swedish Engineers Society, which kept it into the 1970's.  He died on December 21st, 1922. leaving behind an estate in excess of $1 million, which today would barely buy him a butler's pantry in his former abode.

I grew up around the corner from this place and remember when Chuck Renslow, noted gay bar owner and publisher, bought it for 100K or so. He believe he sold it to 43rd Ward Streets and San Super, Demon Dogs owner, and "Chicago" rock group manager Pete Schivarelli. Pete's been involved in all sorts of "interesting" things over the years and I'm curious to know if he was the last owner before the foreclosure.

Peter Schivarelli was not the last owener. I believe there were two owners after him who rented the building for events.

I went to a wedding there 15 years ago.
As a teenager, I dated Chicago weatherman, Jerry Taft's daughter. he lived in an swinging divorced guy apt. there at time. Not kidding!
-Steffan

This place is beginning to sound like the Playboy Mansion north - and more durable.

When Chuck Renslow owed it and lived there with another man, one day I knocked on the door and said I always wanted to see it. They just let me on in and gave me a mini-tour. They were doing a lot of work. They described it as rococo. It was not my style -- way too gaudy and fussy. The interior was all about carving and gilding and decoration. It was not restful.

Playboy shot nude centerfolds paying Peter Shiverelli here that were done in the house and stairs.