"The Cartridge" Snaps into the Chicago Skyline 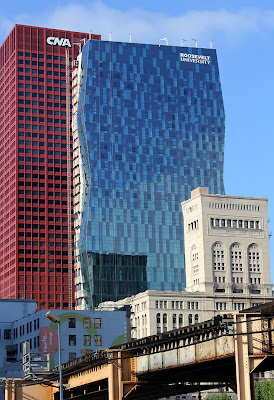 click images for larger view
It's already the most distinctive addition to the Chicago Skyline since Trump Tower: VOA's new baby-blue, LEED-green, 479-foot-tall dorm building for Roosevelt University.  It's scheduled to be completed in time for the winter semester in January of next year, and if that seems kind of close for comfort, keep in mind it didn't even begin to rise from the ground until last November. 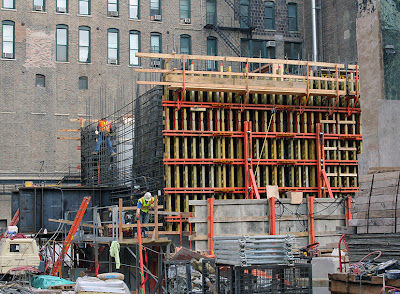 It didn't reach the height of the next-door Adler & Sullivan Auditorium tower until this March.  In May, it was here, but as late as the beginning of June, it still looked like this. 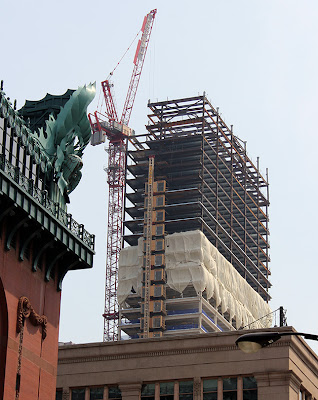 After watching it go up, I finally realize what it's wafer-thin, notched profile reminds me of: one of those ink-jet cartridges - the magenta one, to be specific - that snaps into your personal printer.  Hence the nickname, "The Cartridge" for the way it snaps into the skyline between the fire-engine red CNA Building and the limestone tower of the Auditorium.

The view from the north, as it rises behind the landmark Michigan Avenue streetwall, grabs red checkmarks from the reflections of the CNA into the windows of its tall bustle like a grid-like study of color and form. 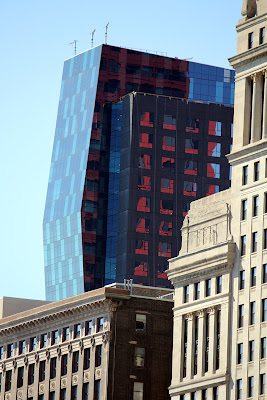 To the south, we now have a year-round, patriotic red, white and blue trifecta, if not in that order, in which the upward punch of the proud Auditorium tower more than holds its own. 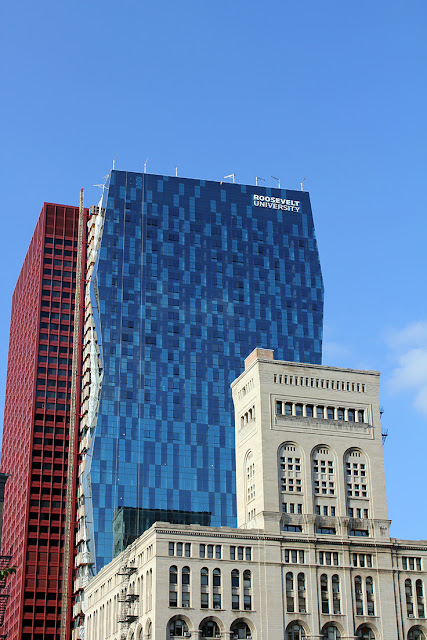