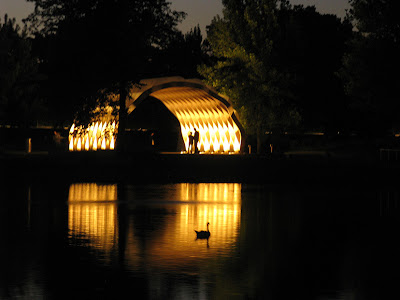 click images for larger view
Officially, they're called MacArthur Fellowships, but unofficially, they've come to be known as the "Genius Grants", $500,000 over five years, no strings attached.  This year, among the 22 recipients who've just received "one call out of the blue", as the MacArthur Foundation describes it (do I see a licensing deal for a TV series in its future?) was Chicago architect Jeanne Gang, whose work ranging from the new Columbia College Media Center, to the Lincoln Park Nature Boardwalk, and the already iconic Aqua tower has been remaking the profile of the city. 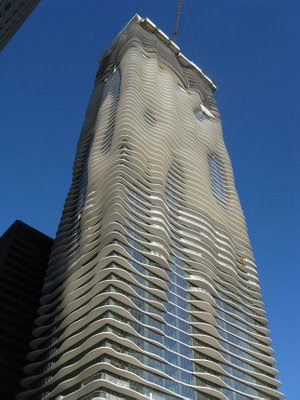 It was a good day for Gang.  Earlier, as reported by the Trib's Blair Kamin, she was named one of two architects, along with Chris Lee, who will work with IIT students to design four new $4 million boathouses, assisted by a $1 million EPA grant, announced by Chicago Mayor Rahm Emanuel as keystones in his efforts to increase recreational usage of the city's river.  Now if he can only jump start getting the funding to build Studio Gang's Ford Calumet Environmental Center, which has the same potential to make that neighborhood a recreational and tourist magnet. 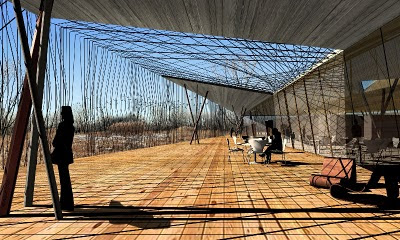 Studio Gang also has a new website, designed by Bruce Mau Design.
(Click on time for permalink) 12:19 AM