Mies on LSD (a rare trip), John Vinci on Hyde Park, plus Hump Hair Pin and yet another Bertrand Goldberg exhibition - still more for September 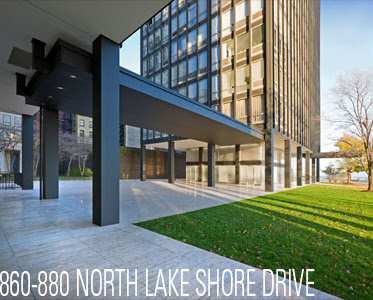 So we just put up the September Calendar of Chicago Architectural Events and we're already adding items.  On Tuesday, the 13th, John Vinci will discuss the transformation of a cable car waiting room into the home of the Hyde Park Historical Society, while, on Tuesday, September 20th, the Mies van der Rohe Society will be offering a rare tour, including a wine reception at the home of Don Powell, of the 860-880 Lake Shore Drive Apartments.  Tickets aren't cheap, but proceeds go towards restoration of The God Box, the Mies van der Rohe designed Carr Memorial Chapel on the IIT campus. 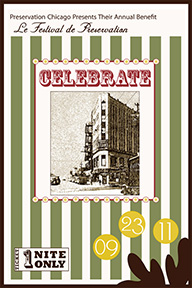 We've also gotten more information on Preservation Chicago's annual benefit, Friday, September 23rd,  at the Logan Square Arts Center, in the 1930 Art Deco building originally designed for the Hump Hair Pin Manufacturing Company, complete with camels, the company mascot, in the structure's spandrel panels.  There'll be an open bar, a silent auction, juggling, magic, jazz tunes, and Revolution brew.  Plus I'm seeing a big finale of a herd of roller-skating camels bearing popcorn and bobby pins, but now I'm thinking that may just be the after-effects of the fish I had for dinner, which may have been past it's prime.  In any event, you can get more information and purchase tickets on-line.

We're now closing in on 80 great events on the September calendar.  Check out all the details here.

Finally, we've learned of still another exhibition in what's becoming the season of Bertrand Goldberg, with The Arts Club of Chicago opening Bertrand Goldberg:Reflections to the pubic on September 16th, which . . .


. . . examines the sources of and influences on Goldberg’s vision by looking at his personal collection of art and artifacts, his friendships with artists and intellectuals, his personal photographs, and his designs for furniture, jewelry, and functional fabrications, to provide an understanding of the man behind the public image. Unlike many architects, Goldberg did not keep a sketchbook, preferring to solve problems directly. Goldberg’s many layered solutions seem to come organically from the objects that he chose to surround himself with: works by fellow Bauhaus-associated artists Paul Klee and Max Bill, Italian artist Pietro Consagra, and his teacher Josef Albers; cultural artifacts; and sculpture and string constructions from his mother-in-law, abstract/constructivist artist Lillian Florsheim. The Arts Club’s exhibition is a rare glimpse into the “studio” of one of the most innovative architects of the 20th century.

The exhibition will run until January 13th of next year.

I have been in Don Powell's apartment at 880 LDS and it is spectacular. It sounds like some other apartments will be open for viewing too. This means that likely Robert Kleinschmidt's spectacular 860 LSD apartment is also likely on the tour.