As usual, we're working to complete the September calendar (and it's packed), with the month really starting after the Labor Day holiday.

Two Thursday events day, however, kick off the month.  Today at 10:00 a.m., at the Sidney Yates Room at the Cultural Center, the Commission on Chicago Landmarks will hold the Awards Ceremony for its 2011 Preservation Excellence Awards, with the honorees including both a book, The Complete Architecture of Adler & Sullivan; an exhibition, Louis Sullivan's Idea, and such renovation projects as the White Castle #16 on Cermak, Jens Jensen's 300 West Adams, the McCormick Double House on Rush, among others.  The usual monthly meeting of the commission, Prentice still not included, takes place at 12:45 in City Hall chambers. 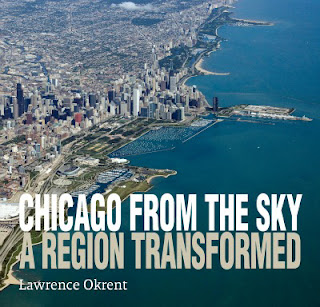 Also at the Cultural Center, at 12:15 in the Millennium Room, Friends of Downtown's September session will feature urban planning consultant and photographer Lawrence Okrent discussing and showing images from his book, Chicago From the Sky: A Region Transformed.