for Labor Day: The Architecture of Chicago's Unionville 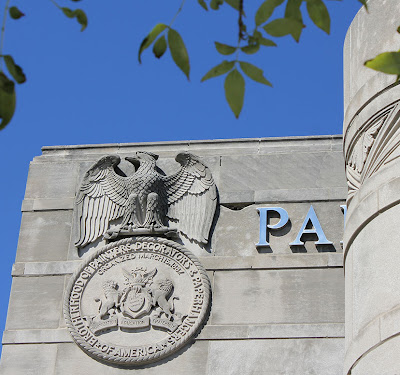 (from 2010): Chicago has always been a strong union town. The story's told that it was a wildcat bricklayer's strike that sent William Le Baron Jenney home so early one day that his shocked wife absent-mindedly parked the heavy book she was reading atop a birdcage. The major saw the weighty volume supported on that minimal skeleton of thin metal, and - voila! - the idea of the steel frame skyscraper was born. (When the legend becomes fact, print the legend . . . )

In the early decades of the last century, a section of the West side north of Jackson and on either side of Ashland became home to a large number of union . . . (read the rest and see all the photo's, here.)

your jump page does not exist

it does now. thanks for the correction.

It really shows that bricklaying helps a lot. Most especially to build houses and buildings. Nice story but learn more about bricklayer in http://www.bricklayer-perth.net.au. Check it out!