Jeanne Gang before Aqua (and being name a MacArthur genius) - an early portrait. 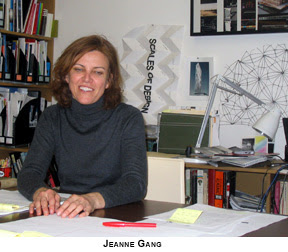 "I was always fascinated with how pieces came together . . . When we make form, we’re thinking about how can we make the identity fluctuate."

When Studio/Gang architect Jeanne Gang was announced as the winner of one of this year'$500,000 MacArthur Foundation "Genius Grant" fellowships, I was reminded that just a week or two ago, I had come across a profile I had written, based on several interviews with Gang, back in 2004, as her career as an architect was just getting started. Among many things, she talks about growing up in Boone County, giant Pink Sea Snails, Rem Koolhaas, Marilyn Monroe and several of her early projects, including the Starlight Theater in Rockford, the Marble Curtain, the Chinese American Service League, and the Ford Calumet Environmental Center, among others. 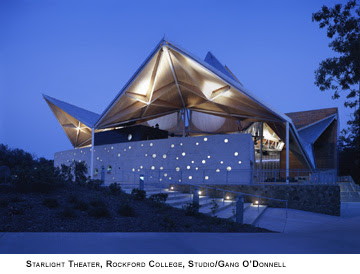 I don't think it's been published before, but you can read the complete profile - with photos - here. 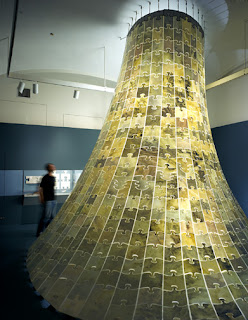